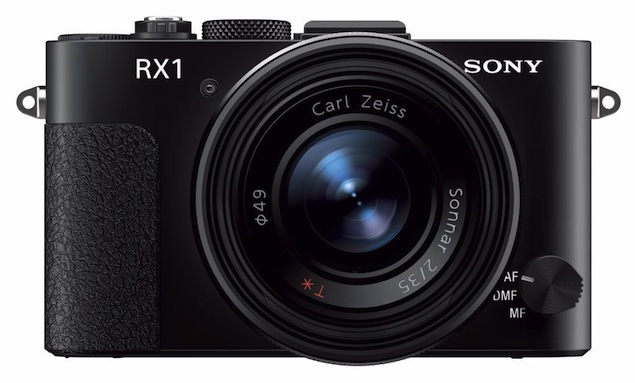 Sony India has unveiled a slew of digital cameras in the country, headlined by the stunning DSC-RX1.

The Sony DSC-RX1 is the world's first fixed lens digital camera with a full-frame sensor, that has traditionally been seen only in the DSLR world. In fact, the 24.3-megapixel 35mm full-frame sensor inside the RX1 more than doubles the area of APS-C sensors commonly found in some DSLR cameras.

The RX1 boasts of an ISO range of 100 - 25600, with the option to shoot as low as ISO 50 in expanded sensitivity mode. Similarly, ISO settings as high as 102400 can be achieved using Multi Frame Noise Reduction. The DSC-RX1 offers all this in a tiny package that measures 4.5-inches wide by 3 inches tall, that will set you back by a whopping Rs. 179,990.

Next up is the Alpha A99, Sony's latest flagship in its unique series of Single-Lens Translucent (SLT) cameras. SLT cameras are somewhere between Mirrorless Interchangeable Lens Cameras (MILCs) and traditional DSLRs, that are possibly closer to the former than the latter, due to the presence an electronic view-finder, as seen in MILCs. Some believe they combine the best of the MILC and DSLR worlds, as far as autofocusing is concerned. 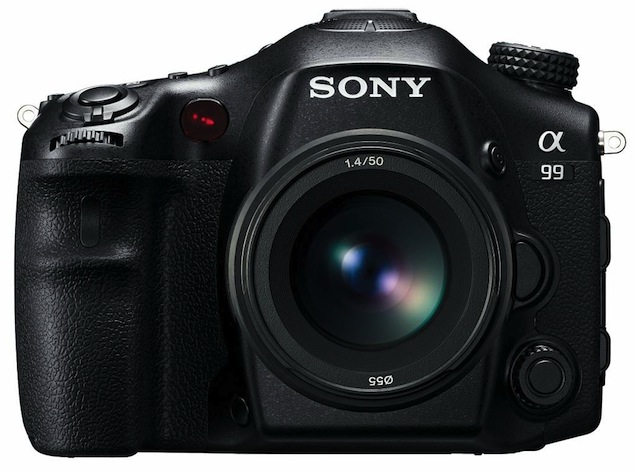 The Alpha A99, too, boasts of a 24.3-megapixel full-frame sensor and indeed costs the same as the DSC-RX1.

Sony also announced two new additions in the NEX series of Mirrorless Interchangeable Lens Cameras. The Sony NEX-5R and NEX-6 boast of similar specs including 16.1-megapixel sensor and Wi-Fi. The NEX-6 (Rs. 49,990) comes with a viewfinder as well as the control dial, both of which are missing on the NEX-5R (39,990).