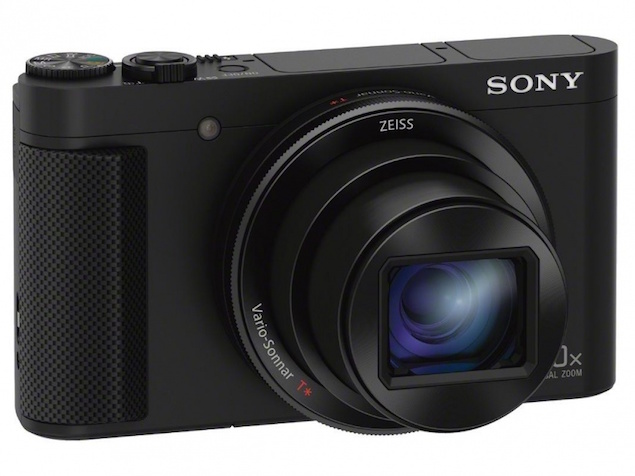 If you find the RX100 series of cameras a little too expensive, Sony has a solution for you. The company on Monday launched the Cyber-shot HX90V which has the same compact form-factor as the Sony RX100 III, and yet manages to squeeze in a 30x optical zoom Vario-Sonnar T* lens into its compact body. Similarly, Sony also pulled the wraps off the Cyber-shot WX500, which also packs in the same lens into its body.

The biggest differences between the two cameras are the inclusion of an Electronic Viewfinder (EVF) in the HX90V, and their prices - the HX90V and WX500 are priced at $430 and $330, respectively. Moreover, both the cameras will be available from June. 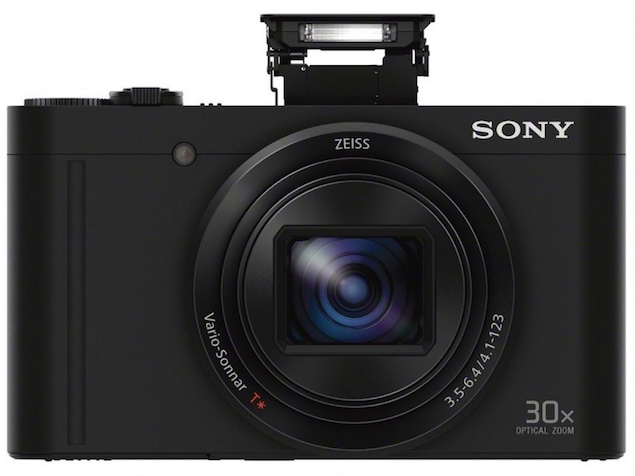 Sony fits the Cyber-shot HX90V with a 30x optical zoom by using an adjustable fifth lens group and newly developed aspherical lenses, that actually makes the lens unit smaller and shorter. The EVF is smaller than the one on the RX1000 III and has a lower resolution of 638k dots. Additionally, Sony also adds a 180-degree tiltable 3-inch, 921k-dot LCD, which is great for capturing selfies as well.

The Cyber-shot HX90V and WX500 uses a 18.2-megapixel 1/2.3-inch Exmor R CMOS sensor, and has five-axis image stabilisation and a Bionz X processor. For connectivity, the Sony Cyber-shot HX90V and WX500 support Wi-Fi and NFC. The WX500 on the other hand doesn't have a grip on the front, and is also missing GPS. Both the cameras are compatible with select Sony PlayMemories Camera apps.