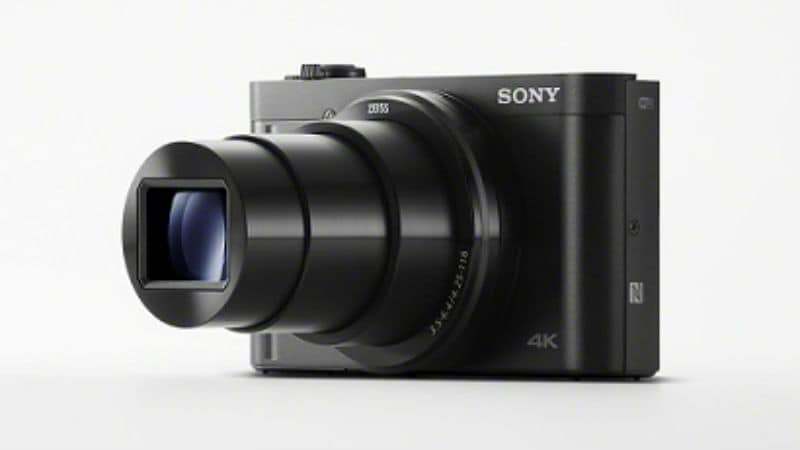 Sony India on Friday announced a new camera in India as a part of its Cyber-shot lineup. The Sony Cyber-shot DSC-WX800 is a portable high-zoom camera that is claimed to have been packaged in the "world's smallest body" for its type. It has a range from 24mm at the wide end up to 720mm super-telephoto. It features 4K video recording capabilities and comes with Bionz X image processing engine. The Sony Cyber-shot DSC-WX800 price in India has been set at Rs. 34,990. It will be available across all Sony Center stores, Alpha Flagship stores, and other electronic stores across India starting from October 29.

As mentioned, the Sony Cyber-shot DSC-WX800 offers a zoom range from 24mm at the wide end up to 720mm super-telephoto with the help of the Zeiss Vario-Sonnar T High Magnification Zoom lens. It has a back-illuminated Exmor RTM CMOS sensor, with 18.2-megapixel effective resolution. It supports image stabilisation with the help of optical SteadyShot, and is also equipped with a Zoom Assist function that allows users to zoom out temporarily and displays a wider area when shooting a subject at the telephoto end.

The Sony Cyber-shot DSC-WX800 can capture 4K movie footage with "with full pixel readout and no pixel binning". It integrates Sony's Bionz X image processing engine combined with a front-end LSI that delivers high-speed continuous shooting at up to 10fps with a buffer limit of up to 155 images. The two cameras include features like autofocus with speed of only 0.09 seconds, Eye autofocus, RAW format image recording, touch focus/touch shutter function, sensitivity up to ISO 6400 for low-light photography. It also has a 180-degree tiltable LCD touchscreen for easy framing of selfie shots.

The camera also features location data acquisition via Bluetooth that can collect and record location data from a mobile device. Bluetooth support also allows transfers to smartphones or uploading to websites for quick sharing. The Bluetooth connectivity is compatible with Android devices supporting Bluetooth v4.0 or later and running Android 5.0 or later. It also works with iPhone 4S or later, and iPad 3rd generation or later. It can also shoot fast-moving subjects with high-frame rate HD recording at up to 100fps to produce slow-motion sequences during editing.

Google to Discontinue Android's Nearby Notifications Feature Due to Spam
Google Photos Live Albums Feature Has a Limit of 10,000 Images