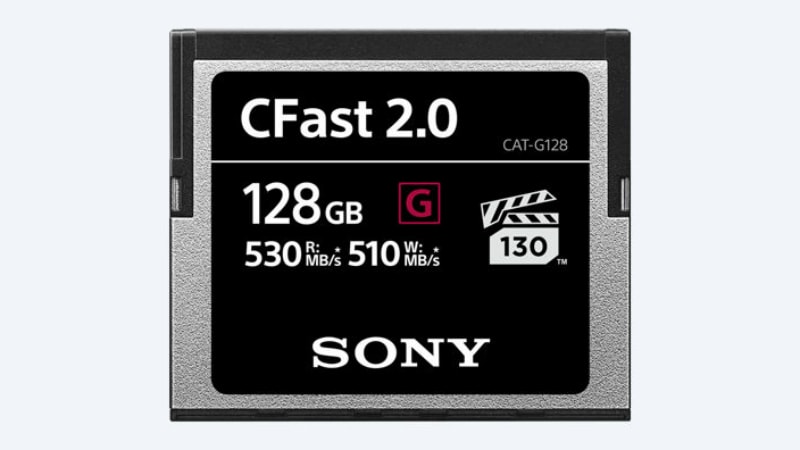 The Sony G Series of memory cards supports high-speed burst shooting mode for high resolution RAW images. These new CFast cards also come with support for VPG130 to record high-bitrate 4K video. Apart from that, the memory cards have passed several drop, shock, rigidity, and vibration tests. They come with a hard case that provides additional protection against physical damage. To protect files on the cards, Sony's File Rescue software can help recover accidental deletions, albeit only when used with a card reader in a Removable Disk configuration.

These memory cards apparently inherit the title of "world's fastest SD card" from the Sony SF-G series of memory launched in India back in March 2017. Available in 32GB, 64GB, and 128GB variants, the SF-G series has claimed read speeds of up to 300MBps and write speeds of up to 299MBps.