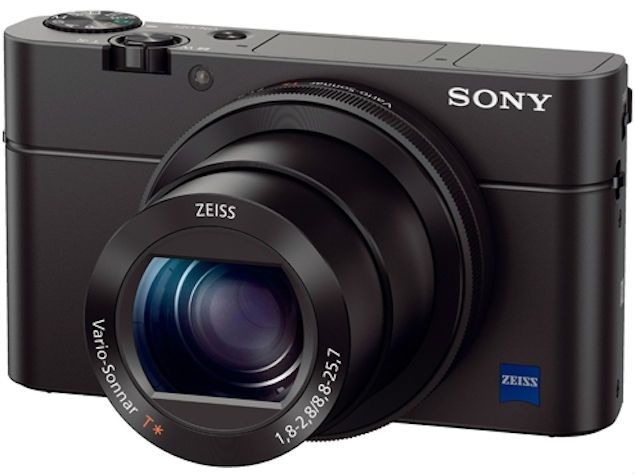 Sony on Monday launched three new cameras for the Indian market. While two cameras are from the acclaimed Alpha line, the last one is from its Cyber-shot line of compact cameras. The three models which have been released include the Alpha A7S, the Alpha A77 II and the Cyber-shot RX100 III.

As far as the features go, the Sony Cyber-shot RX100 III has a bright, wide-angle Zeiss, Vario- Sonnar T 24-70mm F1.8-2.8 lens. It also has a 20.1-megapixel, back-illuminated Exmor R CMOS sensor with the Bionz X Processor. It also has a 4K still image output, for viewing photos on a 4K TV. The 3.0 inch LCD screen flips up 180 degrees. It also features the PlayMemories Camera Apps, that boosts the photo experience with a range of free and paid-for apps to improve the photography with the RX100 III. There is NFC and Wi-Fi connectivity for easy photo sharing.

The Sony Alpha A7S is the latest in the line of cameras from the Alpha series which has given the likes of the Sony Alpha A7 and the Sony Alpha A7R cameras. The 35mm full frame camera features a 12.2-megapixel, Exmor CMOS sensor along with the Bionz X processor, giving it an ISO range of 50 to 4,09,600. It also allows users to shoot HD video at 60fps, 60i, 30fps and 24fps. In addition it has the APS-C (super 35mm film equivalent) mode for shooting the videos at a high frame rate of 120fps. It also allows for shooting of 4K videos to a compatible external 4K video recorder. It is also compatible with the E-mount series of lenses, and along with a adapter also compatible with the lenses from the A-series. A total of 54 lenses can be used along with it. 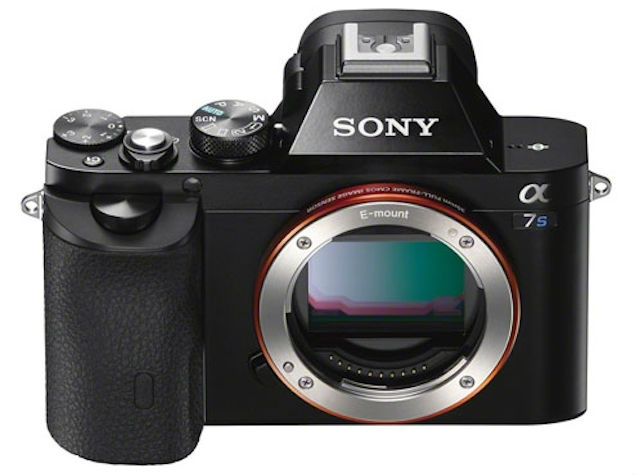 The last in the lineup is the Sony Alpha A77II camera. Sony claims that it is the world's highest phase-detection AF point count with 79 points across 15 cross points. It has a 24.3-megapixel Exmor CMOS image sensor with the Bionz X image processor. It has an ISO range of 100-25600 along with a XGA OLED TRu-Finder and a 3-way tiltable LCD. Also on feature are a magnesium body along with dust and moisture-resistant seals for all weather shooting. 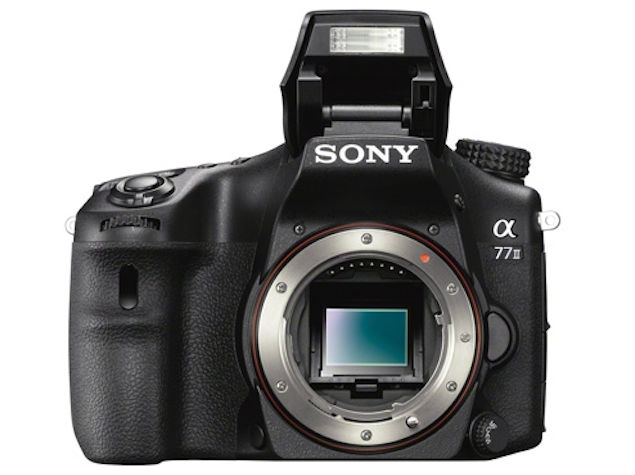