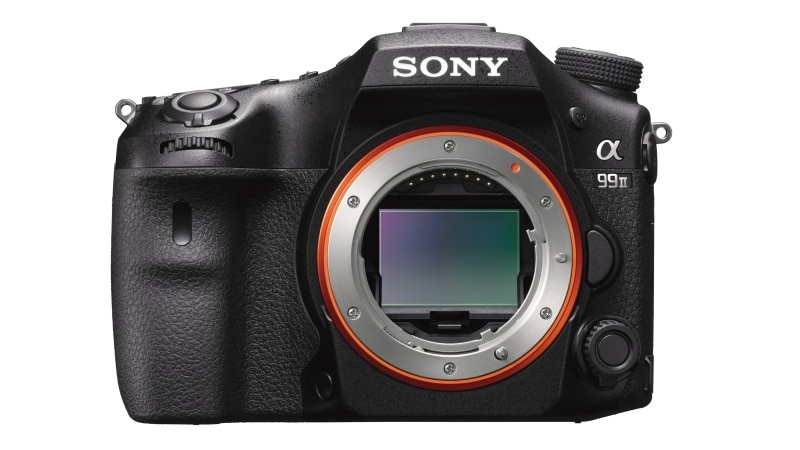 Sony's flagship full-frame SLT camera, the A99 II, is now available in India at a price of Rs. 2,49,990. The camera was first announced in September during Photokina in Cologne, Germany. The camera is already available across Sony's stores and other electronic stores across the country. The new camera is a massive upgrade over the outgoing model, the A99. For starters, there's a new 42.4-megapixel sensor Exmor R full-frame sensor that's back-illuminated and features a gapless-on-chip design for faster readouts of high volume data. Thanks to feedback from professionals, the Sony A99 II is also eight percent smaller than its predecessor and features improved grip, magnesium alloy body, dual SD card slots, as well as dust and moisture resistance.

This also happens to be Sony's first full-frame camera to sport the 4D Focus system which features 79 autofocus points on the dedicated PDAF sensor, which when combined with the 399 on-sensor autofocus points, gives you 79 hybrid cross-autofocus points. The Bionz X image processor on board the Sony A99 II enables continuous shooting up to 12fps.

Also making its debut for A-mount cameras is the new in-body 5-axis image stabilisation system. In addition to movement in the pitch and yaw axes that tend to occur at longer focal lengths, this system claims to detect and compensate for shift blur that can occur on the X and Y axes when shooting close-up, and roll blur in still images and movies that are shot at night. Sony claims that the gyro sensors are capable of detecting even tiny camera movements that can cause blurring. The Sony A99 II can also record 4K video and supports S-Log2 and S-Log3 shooting modes; an OLED EVF and a 3-inch tiltable LCD display.