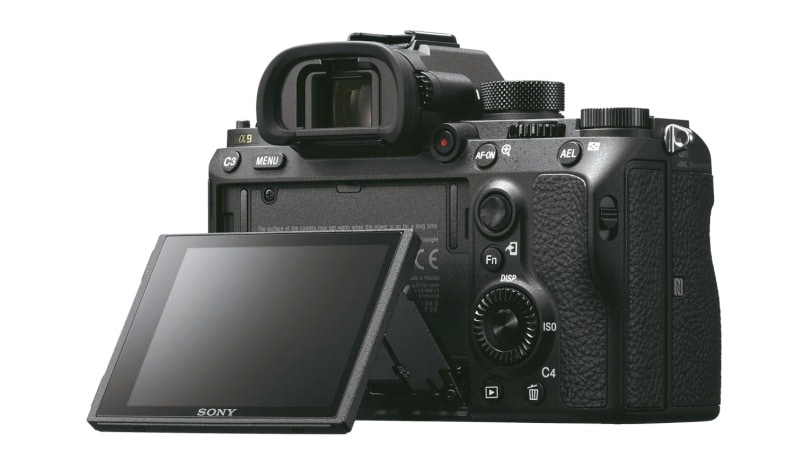 Sony just announced the A9 full-frame mirrorless camera at an event in New York, which succeeds its A7 series of full-frame cameras. The camera takes the best of Sony’s camera technologies (be it mirrorless or DSLR) and crams it into a body that’s smaller than most DSLRs in the market. The Sony A9 will go on sale this May for $4,500 (approximately Rs. 3,06,000).

Some of the highlights of the A9 include high-speed, blackout-free continuous shooting at up to 20fps, 60 AF/AE tracking calculations per second and a maximum shutter speed of up to 1/32,000 second. At the heart of all this is the new 35mm full-frame stacked 24.2-megapixel Exmor RS sensor, which enables data processing speeds that are up to 20x faster than its previous full-frame models. This is paired with an upgraded Bionz X image processor.

The camera features 693 phase detection AF points covering approximately 93 percent of the frame, which should ensure much faster tracking of moving subjects. It has a vibration free, fully electronic, anti-distortion shutter with no mechanical mirror, thus avoiding shutter sound when capturing an image. The Sony A9 camera has a sensitivity of ISO 100-51200, 5-axis image stabilisation, a tilting 3-inch touchscreen display, EVF,Wi-Fi, Bluetooth, NFC and video recording at 4K at 30fps or full-HD at 120fps.

“This camera breaks through all barriers and limitations of today’s professional digital cameras, with an overall feature set that simply cannot be matched considering the restrictions of mechanical SLR cameras” said Neal Manowitz, Vice President of Digital Imaging at Sony Electronics. “But what excites us most about the α9 – more than its extensive product specs – is that it allows professionals to see, follow and capture the action in ways that were never before possible, unlocking an endless amount of new creative potential.”