Qubo Smart Dash Cam has been launched in India at Rs. 4,290. 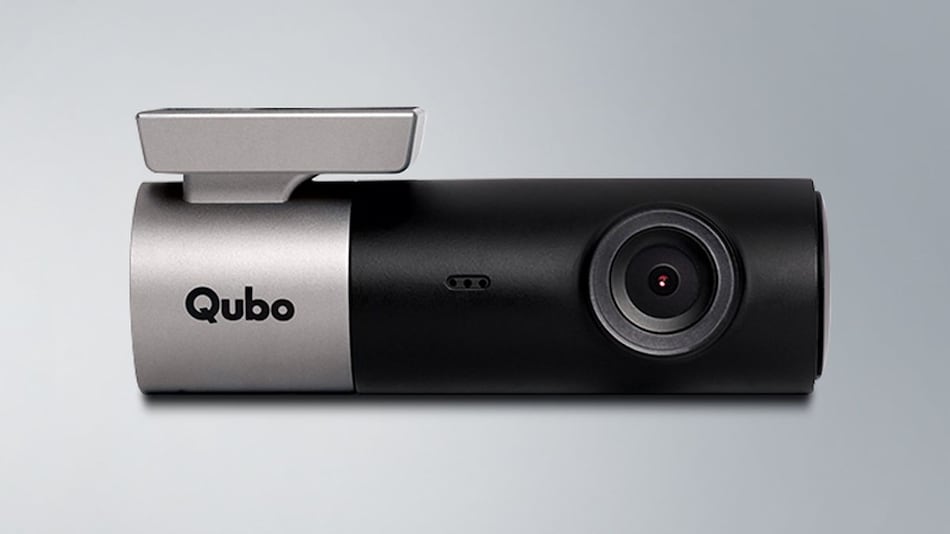 Qubo Smart Dash Cam has been launched in India by Hero Electronix. The smart dash cam comes with a mobile app for both Android and iOS. It is equipped with a 1080p sensor that offers 30FPS video recording and live feed. The web cam has a built-in 6-axis G-sensor that can auto-detect a sudden shake or collision and stores the recording in the event file. This event file is accessible through the Qubo App on user's phone. This is Qubo's first product in the Auto Tech category.

Qubo, Hero Electronix's consumer technology business, has entered the auto tech category with the launch of the Qubo Smart Dash Cam. The smart dash has been priced at Rs. 4,290 and the company claims it to be the first fully designed made in India dash cam. It will be available for purchase in India starting today through a network of dealers and e-commerce sites including Amazon and Quboworld.

The smart dash cam comes equipped with a 1080p video camera for recording and live feed with 30fps support. Qubo's dash cam also gets a mobile app that is available on both Android and iOS. It has a built-in 6-axis G-sensor that can auto-detect sudden shake and collisions. The G-sensor then locks the footage in the event file that can be accessed through the Qubo app on your phone.

Qubo Smart Dash Cam has the wide dynamic range (WDR) technology for better camera performance in strongly or poorly illuminated areas in the field of view (FOV). The dash cam also gets a wide-angle FOV for minimum blind spots and is claimed to offer coverage of over six lanes. The Qubo Smart Dash Cam can be mounted on a car's dashboard to record videos while driving in event of an accident or a robbery.

Along with the Qubo Smart Dash Cam, the company has also announced that it is launching three sub-categories of products, dash cameras, small trackers, and smart accessories such as tire pressure inflators, in the Auto Tech category.