Panasonic is positioning it as a stills and video hybrid camera. 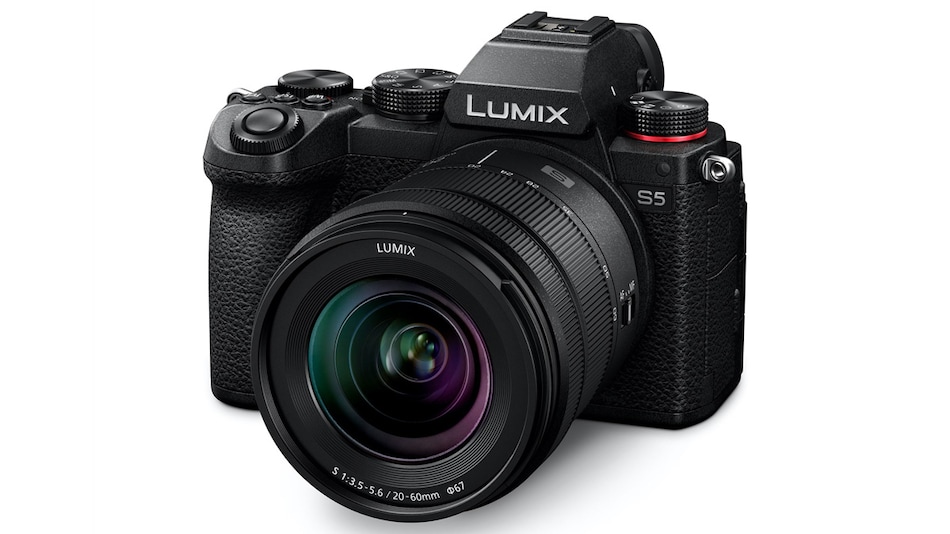 Panasonic Lumix S5 is a brand new full-frame mirrorless camera launched by the company and will be available from mid-September. It is a new “hybrid” camera in the S-series which is said to offer equally good performance for stills and video work. The Lumix S5 features a wide ISO sensitivity range, 5-axis in-body stabilisation (IBIS) and advanced video features such as 4K 10-bit video recording support. There's a new autofocus system too which is said to support real-time eye, face, head and body detection for stills and video.

The Panasonic Lumix S5 uses a full die-cast magnesium alloy body which is splash and dust resistant. It features a 24.2-megapixel full-frame CMOS sensor with Dual Native ISO sensitivity. The native ISO range is 100-51,200, which can be expanded. The camera can shoot up to 7fps burst shots or you can extract 6K photos from a short 30fps video clip. There's 5-axis IBIS which promises up to 6.5 stops of stabilisation.

The camera also has other video modes such as Slow&Quick, which shoots slow motion videos at 4K 60fps or 1080p 180fps. It has support for V-Log, V-Gamut, HLG workflows. Panasonic says a future firmware update (expected by the end of 2020) will enable Cinema 4K recording and RAW video output to external recorders.

A variety of video recording assist functions such as the Vector Scope Display, Master Pedestal Adjustment and SS/Gain Operation will also be available.

The Panasonic Lumix S5 has two SD card slots, where support for UHS-II speeds in one of them. It also has built-in dual-band Wi-Fi and Bluetooth 4.2. Battery life is rated as 470 shots per charge and it can be charged over USB Type-C.