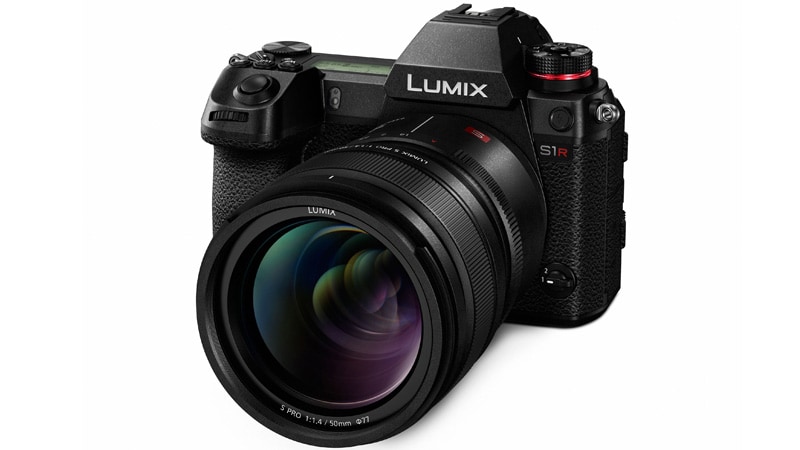 Panasonic started trickling information about the Lumix S1 and S1R, first at Photokina back in September and then later at CES 2019, we got some more nuggets of information such as availability details and the fact that the cameras would have the highest resolution EVF.

Both cameras are powered by the Venus imaging engine and boasts of features such as High Resolution multi-shot mode, 5-axis in-body image stabilisation, 4K video recording up to 60fps, contrast detection autofocus with DFD (Depth From Defocus) technology, autofocus speeds of roughly 0.08 seconds and burst shooting at 9fps or 6fps (with continuous autofocus). Eye autofocus is also present along with AI technology which is said to be able to detect humans as well as animals and birds for more accurate tracking. There's 6K and 4K burst shooting which lets you extract a frame from a series of images shot at either 30fps or 60fps respectively.

Another highlight feature in both cameras is the electronic viewfinder (EVF) which boasts of a market-leading resolution of 5.76 million dot resolution and a maximum refresh rate of 120Hz. The rear 3-inch touchscreen panel has a resolution of 2.1 million dots and can be tilted. It also has something called Live View Boost, which is said to boost the sensitivity of the display when shooting in complete darkness. The camera bodies are built from a magnesium alloy and are dust, splash and freeze resistant.

Professional photographers and videographers will be happy to see two card slots in the cameras. It's compatible with SD (up to UHS-II) or XQD cards. A future firmware update will also make them compatible with CFexpress cards. There's also support for 5GHz Wi-Fi 802.11ac and Bluetooth 4.2 with Low Energy profile.