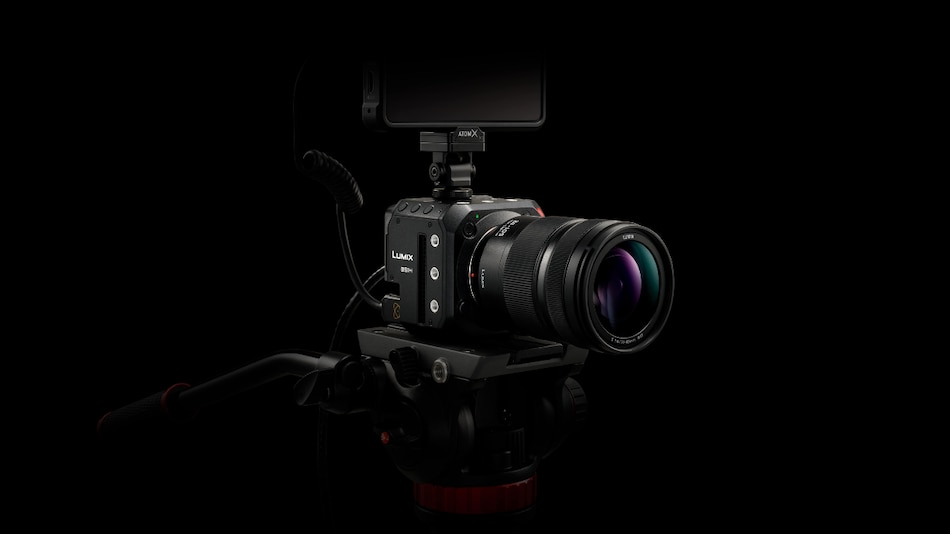 Panasonic Lumix BS1H full-frame digital single lens mirrorless camera was launched in India on Thursday. Panasonic says that its latest digital camera offers cinema-quality video performance of the Panasonic Lumix S1H, packed in an easy-to-deploy box-style profile. The camera features a 24-megapixel full-frame sensor with Dual Native ISO to capture videos in up to 6K resolution. As per the company, the camera can be used to capture videos for cinema/ documentary, livestreaming, aboard FPV drones, and can also be used in multi-camera setups.

Panasonic Lumix BS1H price in India is set at Rs. 3,39,990, and it is available via all Panasonic-brand shops in India, the company said in a press release.

The Panasonic Lumix BS1H is aimed at professional filmmakers, videographers, and digital content creators. It is equipped with a 24.2-megapixel 35mm full-frame sensor with Dual Native ISO technology that allows users to capture up to 6K/24fps videos. It also offers (full-HD) HFR recording along with Sound and AutoFocus. The box-style camera has a maximum ISO of 51200, which is extendable up to 204800. It is equipped with multiple recording modes along with high connectivity and mobility.

Panasonic says that Lumix BS1H camera can be used to shoot videos/ footage for filmmaking as well as for streaming live videos. The company also says that the camera is fitted with heat management for long-hour usability. In addition, the camera comes with Panasonic's V-Log format and 14+ stops of V-Log/V-Gamut. It also features HDR recording with HLG, RAW Video Data Output for high quality recording in low-light environments.

Lucky Solo Ethereum Miner Bags $540,000 as Reward After Mining Entire Block
Wordle: How to Block Scores From Your Twitter Feed