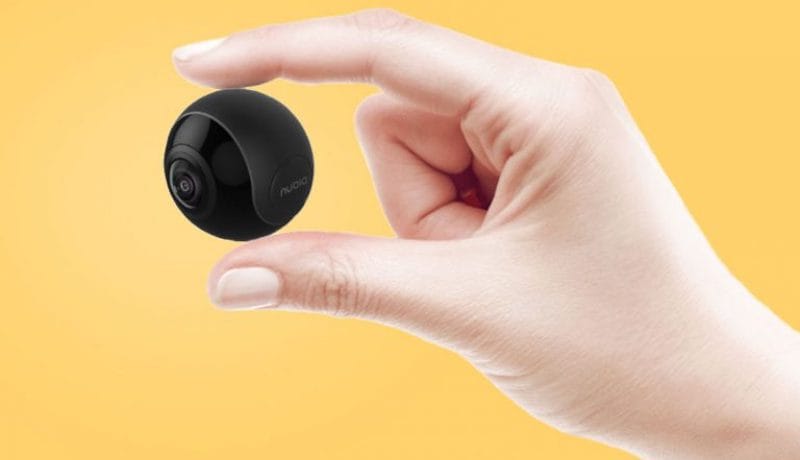 Nubia on Thursday launched the Nubia Z17 mini at an event in China. At the same event, the company also introduced the NeoAir VR 360-degree camera, a first from the Chinese smartphone maker. The Nubia NeoAir VR Panoramic Camera is priced at CNY 699 (roughly Rs. 6,500). The company has not revealed availability yet.

The Nubia NeoAir VR Panoramic Camera can record and capture 360-degree panoramic videos and photos. It features two 210-degree fish-eye lens on either sides and you can preview the photos or videos by connecting the camera to a phone via a USB Type-C port. This naturally means that the camera will only support USB Type-C smartphones, which Nubia says includes phones like Xiaomi Mi 4c, Huawei Mate 7, Meizu MX5, Vivo X7, Nubia Z17 mini, Nubia Z9 Mini, and Z7 Max among others.

Incidentally, another Chinese manufacturer by the name of Xiaomi launched a Mi Panaromic 360-degree camera on Thursday. Xiaomi's camera features a 23.88-megapixel sensor, which can capture videos in 3.5K resolution. Unlike the NeoAir VR, the Mi Panaromic 360-degree camera can be connected through Wi-Fi 802.11 b/g/n, Bluetooth 4.0, and Micro-USB 2.0.

The main attraction of the Nubia Z17 mini is its dual 13-megapixel rear cameras, one with monochrome lens and the other one with RGB lens, and 16-megapixel front-facing camera. The smartphone is priced starting at CNY 1,699 (roughly Rs. 16,000) and will go on sale in China from April 13.