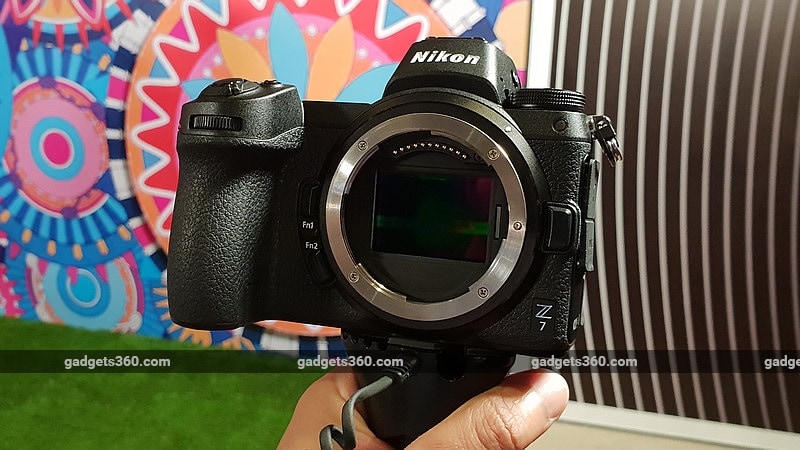 Nikon on Wednesday launched its recently unveiled Nikon Z7 and Nikon Z6 full-frame mirrorless cameras, the first such offerings for the company. Taking on Sony in the segment, Nikon also launched its new Nikkor Z series lenses in the country, featuring a new larger diameter mount. The two cameras, one high-end and one mid-range, are physically identical, but differ in terms of megapixels, focus points, and ISO range.

Notably, the Nikon Z7 has 493 focus points and the Nikon Z6 has 273 focus points, covering 90 percent of the imaging area both horizontally and vertically. The company says that the hybrid autofocus system uses an algorithm optimised for the FX-format sensor, and automatically switches between focal-plane phase-detection AF and contrast-detect AF to achieve focus.

The Nikon Z7 and Z6 come with a new Expeed 6 image-processing engine. The mid-range sharpening option has been added to Picture Control sharpness parameters. Also, the cameras offer 20 options of Creative Picture Control, supporting creative imaging expression. The effect level is adjustable from 0 to 100.

Meanwhile, a fluorine coating that effectively repels dirt has been applied to the eyepiece protection window. Addition, the menu can be displayed in the electronic viewfinder, allowing users to quickly view and adjust a variety of shooting settings, including ISO sensitivity, AF-area mode, and Picture Control, all while looking through the viewfinder, the company said.

Now we get to the three new lenses - the standard zoom Nikkor Z 24-70mm f/4 S, the wide-angle prime Nikkor Z 35mm f/1.8 S, and the standard prime Nikkor Z 50mm f/1.8 S. They are equipped with functions that include: compensation for focus breathing (the shifting of the angle of view when the focus is adjusted), quiet operation, smooth exposure control, a control ring, and performance that are all well suited to movie recording.