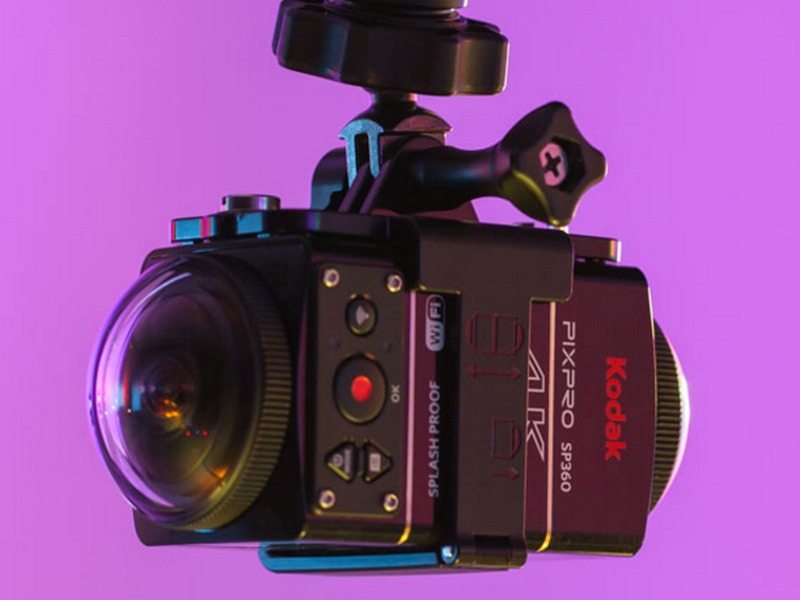 Action cameras seem to be really picking up steam, especially ones that are capable of 360-degree video recording. Kodak has just refreshed its Pixpro action camera by launching a newer version called the SP360 4K, the obvious addition being 4K video support. This little cube is capable of near-360 video when used solo or you can pair it together and have full 360-degree video. The camera starts at $449 (approximately Rs. 30,000) for a single unit or you can get a set for $899 (approximately Rs. 61,000), which also includes a mount for shooting in 360-degrees.

The Kodak Pixpro SP360 4K camera features a 12.4-megapixel CMOS sensor with the ability to shoot stills and video. There's also Wi-Fi and NFC onboard for connecting it to your smartphone or tablet. The lens has a 235-degree field of view and if you need more, you can install two of these back-to-back with the supplied mount. There's provision for adding up to a 128GB microSD card for storing your videos. The camera is also dust and water resistant, shockproof, and freezeproof. The Kodak Pixpro SP360 4K is compatible with many accessories for mounting it on a bike or even a drone.

GoPro may have popularised the action camera segment but the competition is certainly heating up as big-name brands enter this space. Nikon also took to CES to announce its KeyMission 360 rugged camera, which is also capable of 4K video and is weatherproof. Facebook and YouTube 360 are currently the prime platforms for displaying 360-degree videos which should eventually help VR gain mass acceptance.
Comments