GoPro Volta, Battery and Camera Control Grip, to Go on Sale on May 16: Price, Specifications 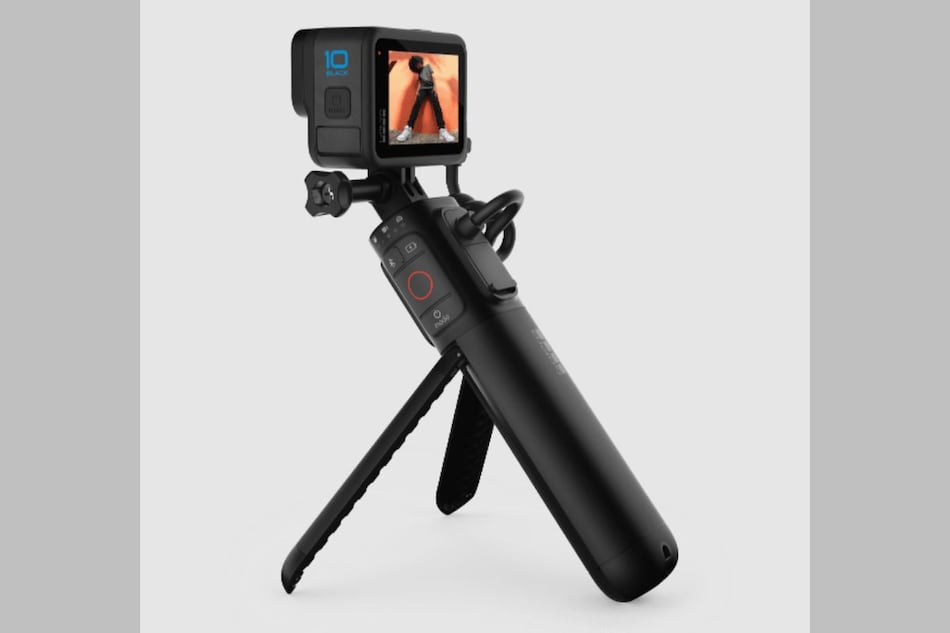 GoPro Volta was launched in India on Friday, the camera and drone maker's new battery and camera control grip. The Volta grip combines with the standard GoPro battery to power extended shoot durations, up to four hours of 5.3K recording, the company says. The grip comes with multiple features including integrated camera buttons for one-handed camera control. The Volta can also be used as a wireless camera remote and can be put to use as a tripod. The grip is compatible with multiple GoPro cameras including the Hero 10 Black. Volta can be used to charge any compatible USB Type-C devices.

The GoPro Volta has been priced at Rs. 13,500, and will be available from the company's online and imaging partners from May 16. To recall, GoPro had launched the Volta grip alongside the GoPro Hero 10 Black Creator Edition camera at the end of March, priced at $129.99 (roughly Rs. 10,000).

The 4,900mAh battery combines with the standard battery of the camera to triple the normal battery capacity. The integrated camera buttons on the Volta are meant to make one-handed control easy, and letting users power on/off, start/stop, and capture and switch modes.

The grip comes with built-in tripod legs that can be used to create stable shots. Users will also be able to wirelessly control the camera from up to 98 feet (30 metres). The mounting fingers sported by the Volta easily help the grip attach to backpacks.

The weather-resistant design of the Volta features status lights for battery life and camera modes. The grip is compatible with multiple GoPro cameras including the Hero 10 Black, Hero 9 Black, and Hero 8 Black among others.

The Volta can be charged within 2.5 hours with the GoPro supercharger, the company claims. The grip can also be used to charge any compatible USB Type-C-device, including GoPro Max and older GoPro cameras.