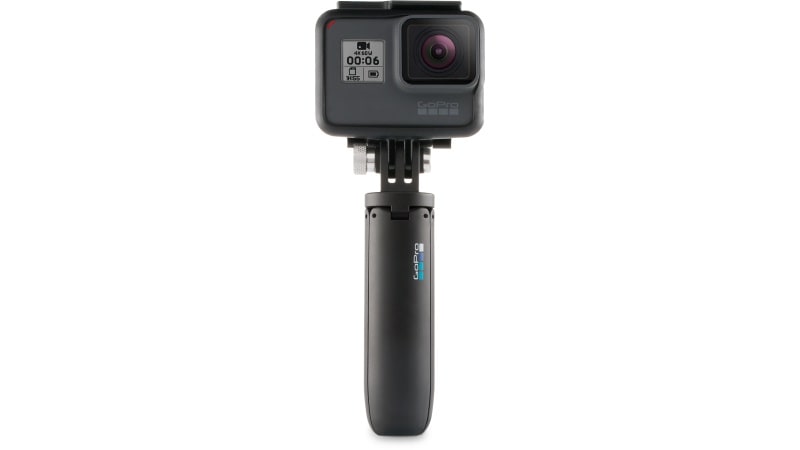 US-based technology company GoPro on Thursday unveiled HERO6 Black - what it calls the most powerful GoPro yet - that comes with custom-designed GP1 processor and shoots videos in 4K60 and 1080p240 quality. Alongside, the company put its Fusion camera up for pre-orders, and added new features to its Karma drone.

The GoPro HERO6 Black price in India is Rs. 45,000, whereas in the US it has been priced at $499 (roughly Rs. 32,700). It is now available via GoPro.com and select retailers across the world. The company claims the has the most advanced video stabilisation ever achieved in a GoPro, the company said in a statement.

"HERO6's next-level image quality, video stabilisation and three times faster QuikStories performance makes it a powerful storytelling extension of your smartphone. It's never been easier to live it, and then share it using a GoPro," said Nicholas Woodman, GoPro's founder and CEO.

With 4K60 (4K video at 60 frames per second) and 1080p240 (full-HD slow motion video at 240 frames per second) shooting capabilities packed into a rugged and waterproof design, HERO6 Black and the GoPro App automatically transform the footage into videos with QuikStory feature that can be shared on social media platforms with ease, the company said. The camera has Touch Zoom feature and three times faster offload speeds via 5GHz Wi-Fi. It is waterproof up to 10 metres and is compatible with Karma and existing GoPro mounts.

The chip also advances GoPro's capabilities in computer vision and machine learning, enabling HERO6 to analyse visual scenes and sensor data for improved automated QuikStories, the app feature that makes it easy for users to share short videos of the footage shot from GoPro.

GoPro also put its its waterproof, mountable 5.2K spherical camera - the Fusion - up for pre-orders. It also introduced new mounts and accessories, besides a new 'Follow mode' for its Karma drone.

GoPro Fusion captures immersive 5.2K spherical content and delivers gimbal-like stabilisation. Users can use GoPro App to play back and share footage as VR content or use the app's OverCapture feature to recapture and share spherical shot as a traditional fixed perspective video. GoPro Fusion is currently available for pre-order on GoPro.com for US, Canada, Britain and the European Union for $699.99 (roughly Rs. 45,800) and it will start shipping in November.

The spherical camera will come with bundled Fusion Studio desktop software. The OverCapture mobile experience will be part of a new version of the GoPro App available for iOS and Android in early 2018.

Other new Karma updates include an expanded Cable-Cam auto-shot path and Look Up camera tilt capability. Current Karma owners may unlock new features via firmware update, which is now available.

The company also launched other products, including 'Shorty' pocket-able extension pole and tripod, 'The Handler', an updated floating handgrip with a quick-release mounting feature, and 'Bite Mount + Floaty' - a versatile bite mount with an easy-to-spot float, ideal for Point of View (POV) shooting.