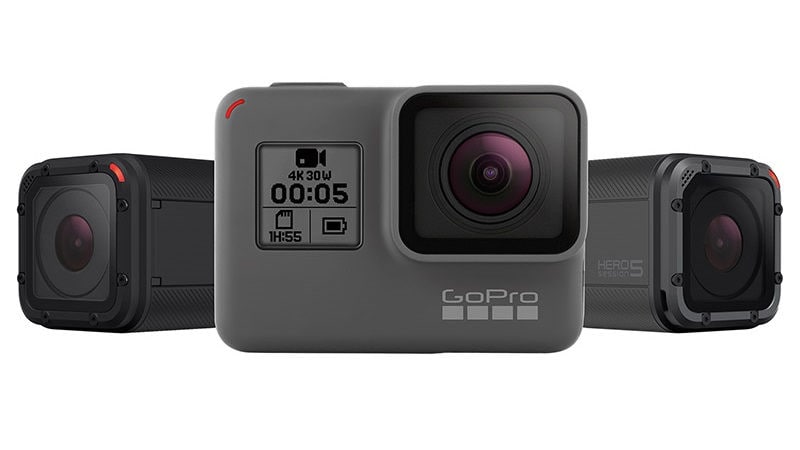 GoPro unveiled the Hero5 lineup of cameras in September and the action camera maker has now announced the cameras for the Indian market. The Hero5 Black and Hero5 Session cameras are priced at Rs. 38,000 and Rs. 29,500 respectively, available at select retailers across the country through partnerships with Creative Peripherals and Stereovision.

To recall, GoPro had entered the Indian market back in June through its partnership with Reliance Digital. The latest Hero5 cameras will also be available online via Flipkart, as well as through regular brick-and-mortar stores.

Both the Hero5 Black and Hero5 Sessions cameras boast of 4K video recording at 30fps. The cameras also support voice control for seven languages and are compatible with existing GoPro mounts. Furthermore, users will also be able to upload the photos and videos to cloud while the camera is charging. The cameras offer a simple one-button control and are waterproof (without housing) at up to 33 feet.

Videos captured with the GoPro cameras can be edited and shared through Quik, GoPro's editing app for mobile and desktop. Users will be able to preview and playback shots on their mobile and can control their GoPro as well.

"We are excited to bring the critically acclaimed, new Hero5 camera lineup to India through our partnerships with Creative Peripherals and Stereovision. The simplified design and new ease-of-use features, like voice command, make GoPro cameras an excellent choice for the young, creative and tech savvy market," said Rodney Block, GoPro's senior director of sales for the Asia-Pacific region.

In addition to the cameras, GoPro is also bringing in its catalogue of mounts and accessories, all of which are being distributed in the country in partnership with Creative Peripherals.