It also boasts of new software features and improved stabilisation. 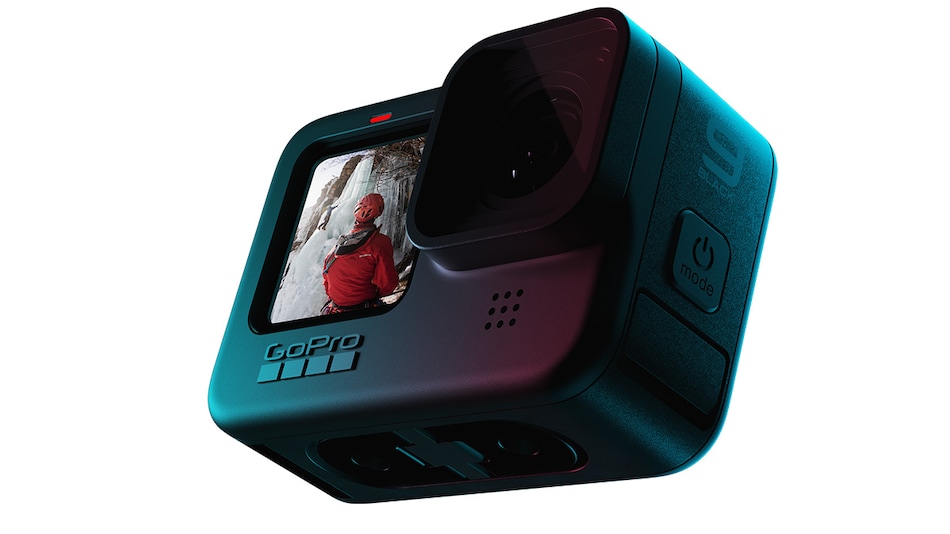 GoPro Hero 9 Black has been launched. It's GoPro's flagship action camera for 2020 and features a higher resolution sensor, larger battery, removable lens cover, and a front-facing colour LCD display. The new camera takes the top place in GoPro's lineup, while the existing Hero 8 Black should eventually move down in price, followed by the Hero 7 Black that will now serve as the entry model.

GoPro is only updating its main Hero line this year (for now anyway) and the GoPro Max from last year will continue to be the company's 360-degree camera offering. The Hero 9 Black will also be compatible with GoPro Mods, including a new Max Lens mod.

The GoPro Hero 9 Black is priced in India at Rs. 49,500 and will be available around late October. GoPro will also be launching the new Media Mod for the Hero 9 Black in the coming months that is said to offer an improved microphone with a foam cover to suppress wind noise, and a weather-resistant design.

The GoPro Hero 9 Black features a new 23.6-megapixel image sensor and is powered by the GP1 processor from the previous model. The camera can now record up to 5K 30fps videos and capture 20-megapixel stills. There's a new front-facing colour LCD display that should be useful for framing your shots when you have the camera pointed towards you. The Hero 9 Black has a larger battery compared to the Hero 8 Black that GoPro says should deliver up to 30 percent improvement in battery life. The camera is slightly larger and heavier than previous models, due to these additions.

There are new software features too in the GoPro Hero 9 Black. These include HyperSmooth 3.0 that promises improved stabilisation and the ability to use Boost mode in all resolutions, including 5K. The new TimeWarp 3.0 mode now lets you slow down your hyperlapse videos to real-time speed with audio or half speed for a slow-motion effect, by simply tapping the display. It's also capable of performing horizon levelling within the camera itself if you select the ‘Linear+Horizon Levelling' option.

The GoPro Hero 9 Black brings back the option of removing the lens cover and now, you can swap it with the new Max Lens mod. This optional lens is said to offer a much wider field of view and can take advantage of Max HyperSmooth stabilisation and horizon lock features that debuted with the GoPro Max.

The GoPro Hero 9 Black is rugged and waterproof up to 10 meters. It supports a single microSD card and has a USB Type-C port for charging. The camera continues to have the foldable mounting fingers that we first saw on the Hero8 Black.