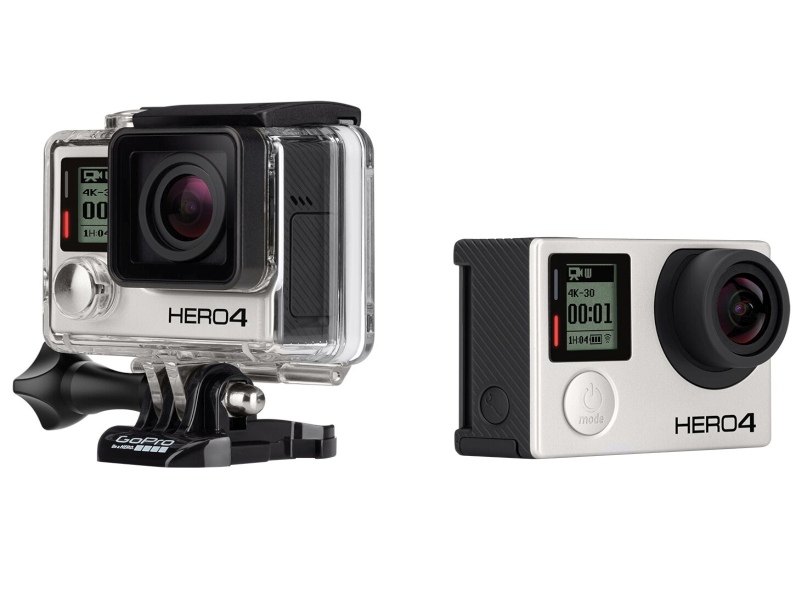 Highlights
In the world of action cameras, GoPro can be considered as the brand that kick-started the action camera revolution and now, the company is finally in India in an official capacity by partnering with Reliance Digital. You'll be able to pick up GoPro's range of action cameras, which include the Hero4 Session, Hero4 Silver and Hero4 Black, along with many of its accessories like the Chest Harness,  3-Way, and Head Strap  QuickClip from Reliance Digital stores across the country. The prices for the cameras start at approximately Rs. 20,000.

The GoPro Hero4 Session is the company's smallest and lightest action camera to date. It offers a simple one-button operation for starting the camera, recording video, burst shooting or time-lapse photography. It's also waterproof up to 10 metres and rugged enough to withstand kocks and tumbles. Despite the small size, the Hero4 Session manages to capture video as high as 1440p resolution at 30fps or even 720p at 100fps. The camera also features a dual-microphone system, wide-angle lens, Wi-Fi, and Bluetooth connectivity.

The Hero4 Silver offers the convenience of a touch display and can capture 1080p video at 60fps and 4K video at 15fps, amongst other resolutions. You also get a built-in video trimming program that lets you crop and save your desired clip.  The camera features a 12-mgeapixel sensor and wide-angle lens. The Hero4 Black is GoPro's flagship offering which boasts of 4K video capture at 30fps, higher bit-rate video and 120fps slow-motion video capture.

"We are looking forward to bringing our product to India's young, creative and tech savvy market and are thrilled to be working with Reliance Digital, a premier electronics retailer in India.  Reliance Digital's expert store-associates will help educate customers on GoPro and provide a great customer experience. We view this as a strategic partnership that brings much more than just shelves for our products but a true partner to help with GoPro's success in India," said Tony Bates, president of GoPro.
Comments