Fujifilm X-T4 boasts of a central viewfinder style that has been adopted by the X-T series. 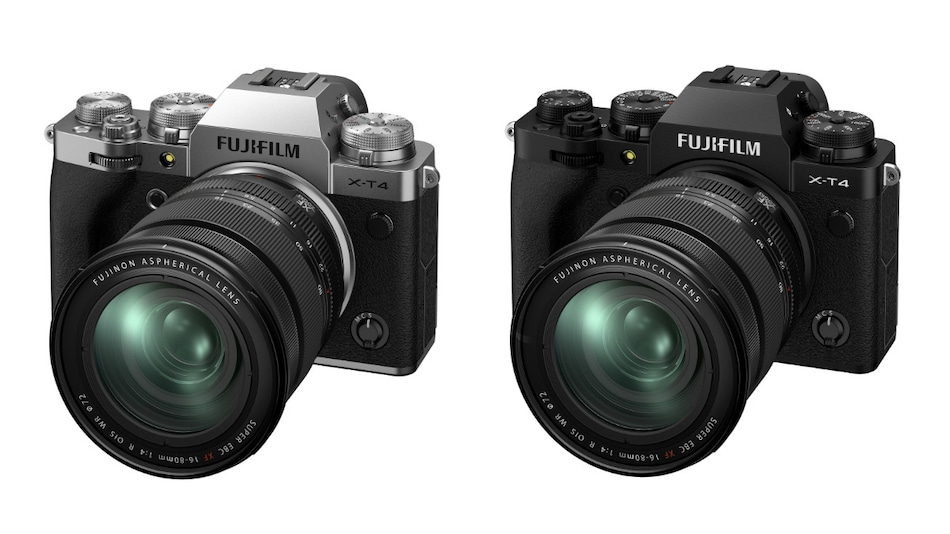 Fujifilm has announced the launch of its latest mirrorless digital camera dubbed the Fujifilm X-T4. The new flagship model is the company's latest addition in its X-series of mirrorless digital cameras known for their compact and lightweight bodies. The Fujifilm X-T4 boasts of a central viewfinder style which has been adopted by the X-T series. In addition to this, the X-T4 is also claimed to deliver the world's fastest 15fps burst mode shooting and a high-speed AF performance as fast as 0.02 seconds.

Fujifilm X-T4 features a 26.1-megapixel BSI X-Trans CMOS 4 sensor that is coupled with a high-speed image processing engine called the X-Processor 4. This camera also utilises a newly-developed focal plane shutter which is driven by a high-performance motor to achieve 15fps burst shooting while also keeping its shutter release time lag to just 0.035 seconds. In terms of video, the X-T4 can record at 4K video 60fps and 1080p video at up to 240fps, producing up to 10x slow-motion effect even to a snap action of a fast-moving subject. There is also a Still / Movie mode dial on the top panel, allowing the user to apply different settings of still images and videos.

The Fujifilm X-T4 has 63 weather-sealed points which give it the advanced level of dust- and moisture resistance, similar to that of the X-T3. This camera is also the first model in the X-T series to be equipped with a five-axis IBIS mechanism that gives up to 6.5-stop advantage, making it a good choice for sports and other active shooting situations. Moreover, the X-T4 and other X Series of mirrorless cameras can be combined with a total of 35 interchangeable lenses specifically designed for the X Series. Lastly, the newly-developed high capacity battery ‘NP-W235' will allow users to shoot approximately 500 frames per charge, catering to extended shooting requirements of professional photographers.