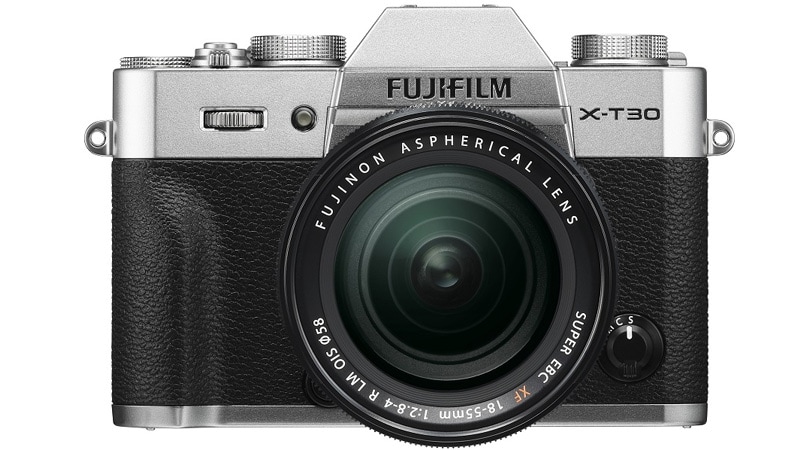 Fujifilm X-T30 has reached Indian shores. Just last month, Fujifilm had added the X-T30 to its X Series line of APS-C cameras and pretty quickly, the company has launched the camera in the country. The Fujifilm X-T30 is priced at Rs. 74,999 for the body but it will also be available as a kit. The bundle with a 18-55mm lens is priced at Rs. 94,999 while the 18-135mm lens bundle will retail at Rs. 99,999. Looking at the pricing, Fujifilm seems to targeting Sony's recently launched A6400 mirrorless camera, which is also available at the similar price.

The X-30 is the follow-up to the X-T20, and features an improved 26.1-megapixel APS-C sensor with the X-Processor 4 quad-core CPU for image processing. Other features include a hybrid AF system with 425 phase detection autofocus (PDAF) points, which cover 100 percent of the frame, EyeAF, and a new Face Selection option. Further, you will get a 2.36 million dot resolution OLED EVF, a 3-inch tilting touchscreen display, 4K recording up to 30fps or 1080p recoding up to 120fps, a single SD card slot, and built-in Wi-Fi as well as Bluetooth. The X-T30 weighs just 383 grams and features a new re-designed grip shape and focus lever, which promise better hand-holding stability. The camera also has ‘Film Simulation Modes', which can be used when shooting stills or video. This also includes Fujifilm's ‘ETERNA' simulation mode for richer colour grading.

“Catering to the consumption patterns of the photographers, X-T30, not only offers a novel photography experience to the end users, but also brings the imaging industry to new heights in terms of product design,” said Haruto Iwata, Managing Director, Fujifilm India. “We've also brought an intelligent sensor and a swift image processing engine into this compact and lightweight body to achieve ultimate image quality.”

“With this new addition in our X series, we aim to facilitate our users with a product which will help them expand the horizon of their photographic capabilities,” Iwata added.