Fujifilm X-A7 is bringing 4K video recording to the masses 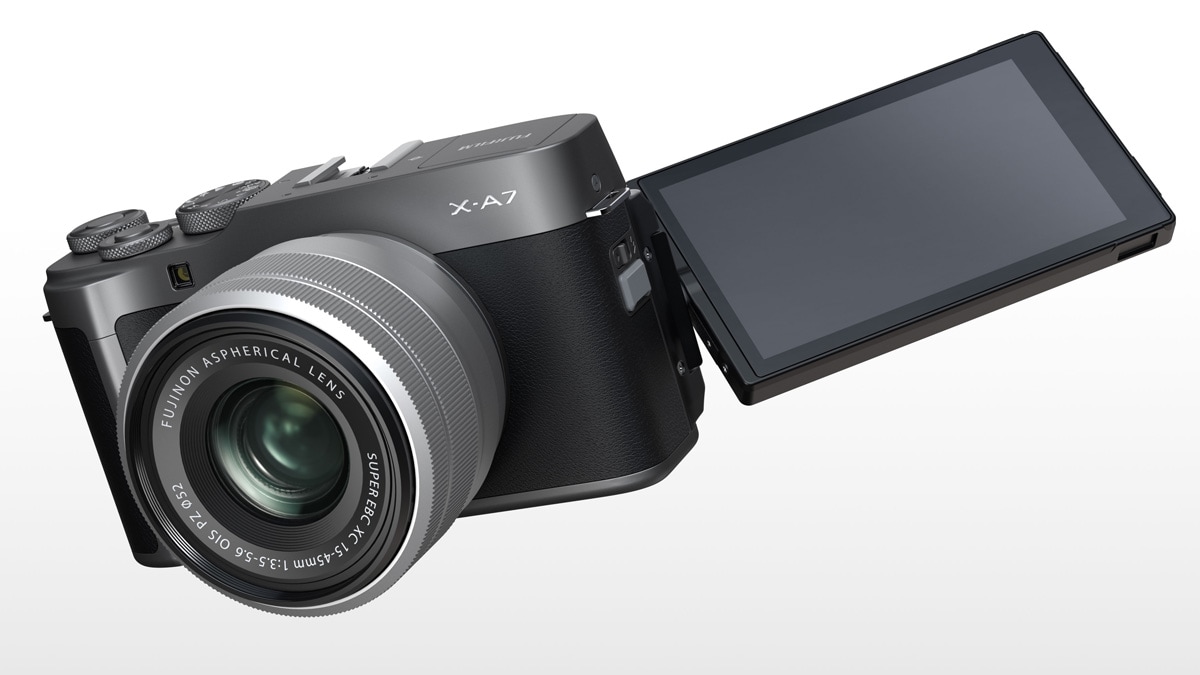 Fujifilm has launched a new mirrorless camera for beginners called the X-A7. This is the follow-up to the X-A5, which launched last year and comes with a host of new improvements. There's a new sensor; more PDAF points; a higher framerate for 4K video recoding and a new Bright Mode for more vivid images. The X-A7 will be available from October 24 in the US for $700 (roughly Rs. 50,100) with the Fujinon XC15-45mm F3.5- 5.6 OIS PZ kit lens.

The new Fujifilm X-A7 boasts of a new 24.2-megapixel APS-C CMOS sensor with 425 PDAF points, which are about 8.5 times greater than the previous model. Video recoding now tops out at 4K at 30fps, instead of the 15fps on its predecessor. It features a 3.5-inch touchscreen, which flips out and can be fully articulated. There's a new Bright Mode added to the Advanced SR Auto function, which lets the camera use HDR and tweak other parameters, for a brighter and more vivid image. There's a Light Trail mode in Scene Position selection, which can be used for capturing light trails of car headlights, etc. The camera also supports the Camera Remote app for smartphones, which lets you transfer files and use your phone a remote viewfinder.

The camera (with the kit lens) weighs just 455 grams, making it very light to carry around. The Fujifilm X-A7 has a native ISO range of 100-12,800, which can be expanded to 25,600. The camera can shoot RAW; has a burst shooting rate of 6fps and has a single SD card slot (UHS-I speed only). The camera also has a Mini-HDMI port; a Micro-USB port; inbuilt Bluetooth v4.2 and Wi-Fi 802.11n. Last but not least, the battery is rated to deliver 440 shots per charge.