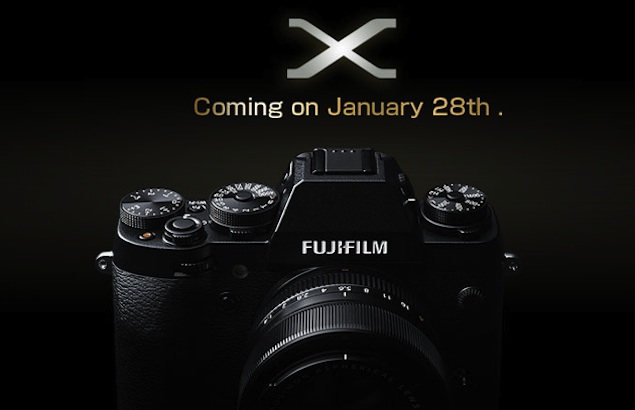 They might not be as expensive as the Leica cameras, but the Fujifilm X-mount series has always had and continues to garner a loyal fan following, with the boast of some of the best specifications that cameras in the industry have to offer.

Now, a teaser reveals that come January 28, Fujifilm will reveal its latest shutter-horse from the stables. It is a new X-Mount Camera, with the image revealing shows quicker manual controls, a separate ISO dial to complement the shutter and exposure compensation dials which are already present on the X-Pro1.

In addition the name of the new design is sourced by them to be X-T1 with a price range in between the X-E and the X-Pro line. If the rumours are all true (we'll get to know officially soon enough), the new X-mount camera could give serious competition for value to the likes of the Nikon Df. In addition, the fact that the new camera comes from a long trusted line of cameras in the X-mount series will only add to the anticipation of people who shoot images for a living
Comments

WhatsApp claims to handle 50 billion daily messages, reportedly overtakes SMS
HP brings Windows 7 back to PCs in the US due to 'popular demand'