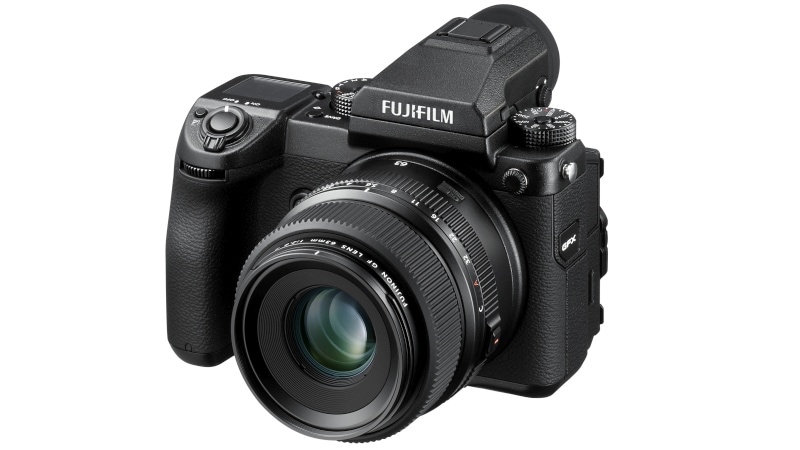 We first saw the Fujifilm GFX 50S back in September and late next month; you’ll be able to pick one up in the US for $6,500 (approximately Rs. 4,42,000). This pricing is for just the camera body, which is a bit less compared to Hasselblad’s X1D debut price. Fujifilm will also launch three new GF lenses for the GFX 50S with prices starting at $1,500 (approximately Rs. 1,02,000).

The GFX 50S features a new 51.4-megapixel medium format sensor which can be adapted to different aspect ratios, just like its film cameras. The Fujifilm GFX 50S will also use a new ‘G-mount’ system, which means there’s a new lineup of zoom and prime lenses that will launch alongside the camera. The camera is powered by the X-Processor Pro image processor that’s capable of full-HD video recording at 30fps, burst shooting up to 3fps, and ISO range of 100-12800. Other features include a detachable electronic viewfinder; weather and dust resistance; and a magnesium alloy body that weighs around 825 grams. The camera also uses a newly developed high-capacity battery which promises around 400 stills.

Apart from its medium-format camera, Fujifilm also announced the X100F compact camera, which is now in its fourth generation. The camera now packs in a 24.3-megapixel X-Trans CMOS III APS-C image sensor and a 23mm, f/2.0 lens. The number of autofocus points have been bumped up to 91, from 49 in the earlier model. Key features include full-HD video recording up to 60fps; ACROS film simulations modes; hybrid autofocus system; built-in Wi-Fi; 8fps burst shooting and a 3-inch LCD display. The camera will be available next month for $1,300 (approximately Rs. 88,400).

Last but not least, we have the X-T20, which goes on sale in February for $900 (approximately Rs. 61,200) for the body only. The camera features a 24.3-megapixel X-Trans CMOS III APS-C sensor and 4K video recording support. It borrows many of the features from the X-T2 like the 2.36M-dot OLED viewfinder and in-built Wi-Fi but misses out on weather sealing; AF joystick, etc.