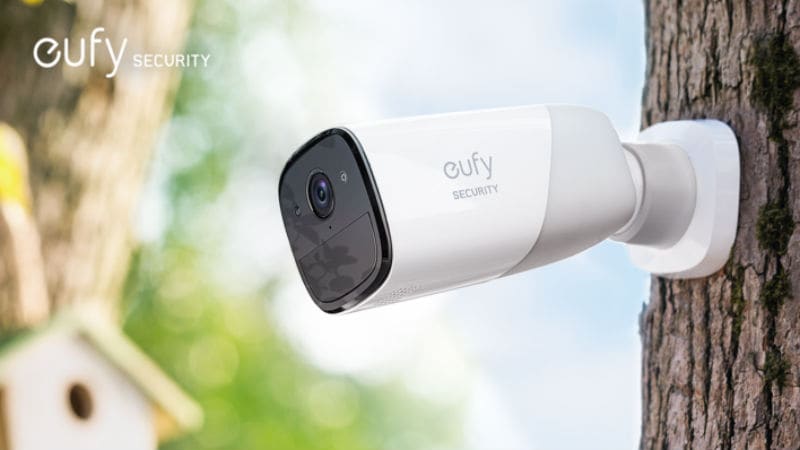 Anker's smart home brand Eufy has launched a new security camera called EverCam on Kickstarter. The EverCam is a 1080p entirely wireless security camera meant for both indoor and outdoor use. While most security cameras are required to be plugged into power, the EverCam makes do with a battery that promises to run for up to 365 days on a single charge. The device has already raised over $500,000 (roughly Rs. 3.3 crore) from over 1,600 backers.

The EverCam is a water-resistant full-HD-recording security camera that does not require users to plug it into a wall as it features inbuilt magnets. You can cling it to any metal surface, though it comes with a screw mount as well if you want to use it. The best feature of the EverCam is its massive 13400mAh lithium-ion battery from Anker that claims to last one year on a single charge or three years in standby mode.

Eufy has also introduced facial recognition technology that helps the camera cut down on unnecessary recordings, as it can recognise familiar faces, differentiate between pets and humans, and more. This process reduces false alarms by up to 95 percent, the company claims.

The EverCam is equipped with a Sony Exmor IMX 323 sensor with large f2.2 aperture. It has a 140-degree wide-angle lens that provides a panoramic view. The camera sends a notification to users according to their security level preference, whether it is alerts of all the movements detected or only when a stranger's face shows up.

The camera has a 16GB microSD card that is protected by AES 128-bit encryption. All the recorded footage can be unlocked and viewed only when the user plugs the card into the base station, and connects to a computer or smartphone. Users also have access to a cloud subscription for additional security. The company estimates the card can hold roughly around 1 year of video footage at normal usage. The optional cloud storage subscription for saving and viewing video clips in real time, costs $2.99 per month. The EverCam also gets Eufy mobile app support, from where live feeds can be viewed. The company also plans to add support for Alexa, Google Assistant and IFTTT via software updates, so users can stream the video footage by giving a voice command.