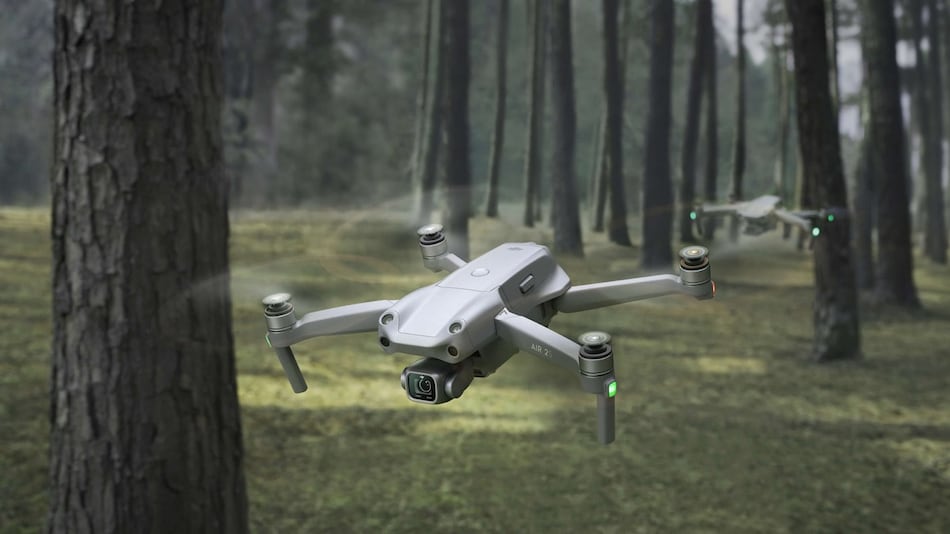 DJI Air 2S drone has been launched in the US. It is a successor to DJI Mavic Air 2, but the company has decided to drop the Mavic moniker this time around. DJI Air 2S comes with several improvements over its predecessor such as higher maximum speeds, foldable arms, and an improved camera. The DJI Air 2S drone, however, has shorter flight time at 31 minutes compared to DJI Mavic Air 2's 34 minutes. DJI Air 2S is also sold in a special combo package that includes a shoulder bag as well.

DJI has not shared details on international availability as of yet.

DJI Air 2S is a foldable drone that comes with GPS, GLONASS, a single compass, 8GB of internal storage, and a 3,500mAh battery. This gives the drone a total flight time of 31 minutes with no wind and a maximum hovering time of 30 minutes. The maximum flight speed is 19 metres per second and maximum flight distance is 18.5km.

DJI Air 2S also comes with forward, backward, upward, and downward facing precision measurement sensors. There are dual vision sensors and Time of Flight sensors (ToF) on the bottom and all these sensors allow the drone to have obstacle sensing in four directions. The controller for DJI Air 2S has six hours battery life and uses the company's OcuSync 2.0 for transmitting to the drone. The drone measures 180x97x77mm in its folded state and 183x253x77mm in its unfolded state. It weighs 595 grams, that is 25 grams heavier than DJI Mavic Air 2.