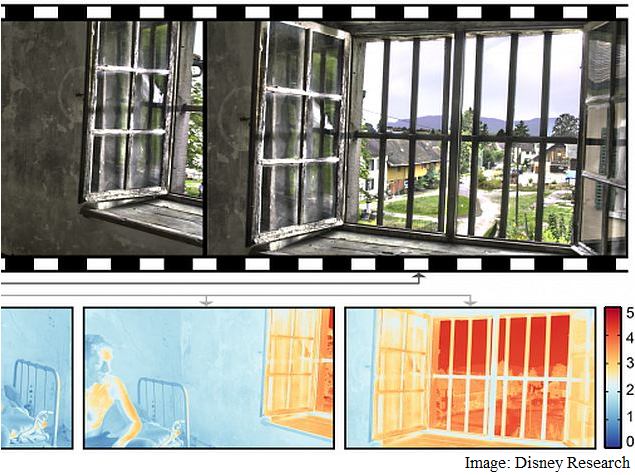 The technique works by preserving much of the rich visual detail while eliminating 'ghosting' and other unwanted visual artefacts.

The combination of HDR acquisition and the new technique enables video effects such as showing the detail of an actor's face even as lighting shifts from shadow to direct sunlight and back to shadow.

HDR is a means of capturing images with a greater range of lighting and contrast - from dark shadows to bright sunlight - than is possible with standard photography and that is closer to how people perceive natural scenes.

But HDR currently outstrips the dynamic range that most televisions and video monitors can display, so HDR video must go through a process called tone mapping to adapt those images to the limitations of displays.

A number of such techniques, or tone mapping operators (TMO), exist, noted Tunc Aydin, an Associate Research Scientist at Disney Research Zurich. But though they reduce the dynamic range of the video, they either lose some of the visual details or they introduce unwanted effects, such as brightness flickering, or amplify camera noise to create ghosting.

The local tone mapping method developed by Aydin and his colleagues at Disney Research uses an approach taken with many TMOs - decomposing the signal into a base and a detail layer. In that way, the dynamic range of the base layer can be reduced while preserving a great amount of detail and fine scale contrast.

Researchers found that the technique was capable of tone mapping video sequences with complex motion and lighting changes and was worked particularly well in low-light situations where camera noise was high.