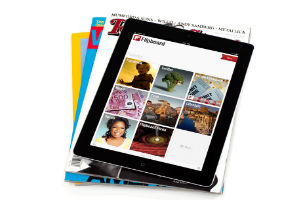 Highlights
Cisco Systems Inc., one of the titans of the technology industry, on Tuesday said it is killing the Flip Video, the most popular video camera in the U.S., just two years after it bought the startup that created it.

It appears to be a case of a big company proving a poor custodian of a small one, even one that makes a hit product. Cisco never meaningfully integrated the Flip Video into its main business of making computer-networking gear.

Flip Video users are now lamenting the demise of a camera that broke new ground. It was inexpensive, pocketable and very easy to use, from shooting to editing and online sharing. Many other manufacturers have copied these features, but the Flip Video still outsells them.

Nicole Bremer Nash, a freelance writer in Louisville, Ky., calls the Flip Video "the little camera that could."

"I was hoping they'd continue the line and expand the accessories for it instead of getting rid of it altogether," she said.

The Flip Video is named after an arm that flips out of the camera body and lets the user connect it directly to a computer. The camera even contains video-editing software that fires up on the computer.

"I just find it a really easy process to use, and that's why I really enjoy my Flip camera," said Courtney Sandora, another Louisville resident. She's been using Flip cameras for three years, and said she was "saddened and shocked" by Cisco's decision.

"There were many opportunities for Cisco to integrate Flip more into its vision of a networked world," said Ross Rubin, an electronics industry analyst at NPD Group.
"The camcorders, for example, never even had Wi-Fi built into them."

"It was a brand the company had invested heavily in and could have leveraged for all kinds of consumer video experiences -- video conferencing, security applications, et cetera," Rubin said.

Cisco didn't explain why it's shutting down the Flip Video unit rather than selling it. But the decision is part of a larger shakeup at the world's largest maker of computer networking gear. After several quarters of disappointing results and challenges in its core business, it's reversing years of efforts at diversifying into consumer products.

A week ago, CEO John Chambers acknowledged criticism that the company has been spreading itself too thin. He sent employees a memo vowing to take "bold steps" to narrow the company's focus.

The shakeup announced by the San Jose, Calif., company on Tuesday will result in the loss of 550 jobs, or less than 1 percent of its work force of about 73,000.

Cisco expects to take restructuring charges of no more than $300 million spread out over the current quarter, which ends April 25, and the following one.

The company is also retrenching on another consumer video business -- home videoconferencing. In November, it started selling the umi, a $599 box that turns a high-definition TV into a big videophone. But signs soon emerged that the umi wasn't doing well. It cut the price of the unit in March, along with the monthly service fee, which went from $24.95 per month to $99 per year.

On Tuesday, Cisco said it will fold umi into its corporate videoconferencing business and stop selling the box through retailers. Instead, it will sell it through corporate channels and Internet service providers.

Cisco's Home Networking business, which makes Wi-Fi routers and has the 2003 acquisition of Linksys at its core, will be "refocused for greater profitability," but Cisco will keep selling the routers in stores.

Analyst Simon Leopold at Morgan Keegan said the pullback on the consumer side is a good thing for investors, but not enough to set off a stock rally.

Consumer products have been a drag on Cisco's results because they carry profit margins that are far lower than the big-ticket capital equipment the company sells to corporations and governments, Leopold said. But the drag has been minor, because consumer products are still only a small part of Cisco's overall business.

Last year, the Flip Video was still the top-selling video camera in the U.S., with 26 percent of the market, according to IDC analyst Chris Chute. But that only amounted to 2.5 million units sold. Dedicated video cameras are small potatoes compared to digital still cameras and smart phones, both of which now shoot video.

Top competitors in the pocket camcorder field, which could benefit from Flip Video's demise, are Eastman Kodak Co. and Samsung Electronics Co. Rubin expects Kodak to pick up much of Cisco's market share.

Leopold said the performance of Cisco's corporate products has been a bigger factor for investors than the consumer business. He believes the selling is overdone because its market share losses are mainly in fringe products rather than bread-and-butter routers and switches.