Nikon Takes on Sony With Its First Full-Frame Mirrorless Camera 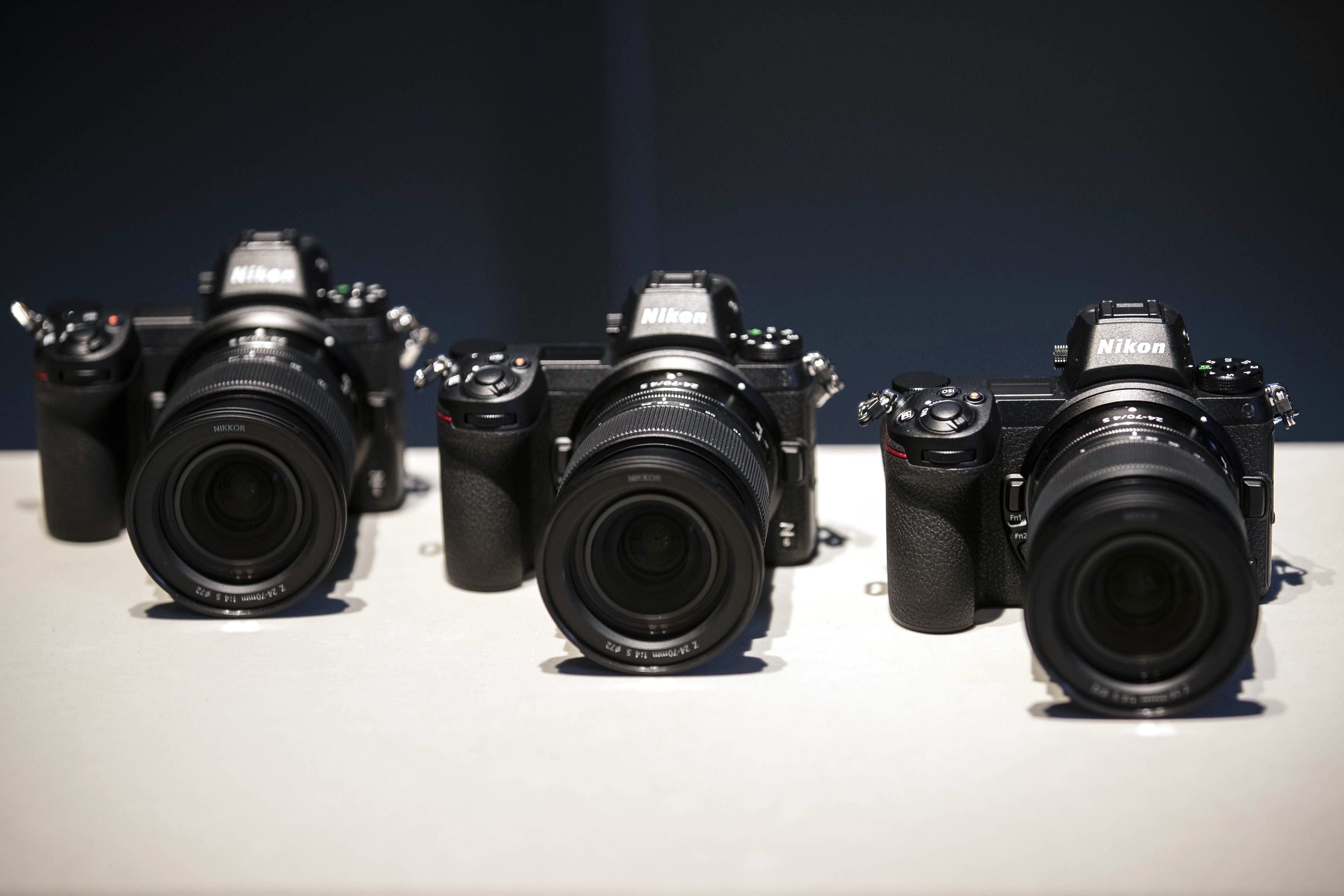 Nikon unveiled its first full-frame mirrorless cameras, seeking to make up lost ground against Sony in the professional photography market.

The new Nikon Z7 and Z6 devices will feature new lenses and lens mount, and will be lighter than the current pro-grade cameras, the company said.

The JPY 440,000 ($4,000) Z7, which will have a 45.7 megapixel sensor, will go on sale in late September, followed by the Z6, which will have 24.5 megapixels, cost JPY 270,000 and hit stores in November. "We will deliver new value to the mirrorless market," Nikon President Kazuo Ushida said at a media conference in Tokyo on Thursday.

With Nikon's entry, Sony will no longer have the only high-grade mirrorless cameras that excel at capturing sharp images of fast-moving objects. Canon has also said that it's considering its own model, setting the stage for a battle for professionals and enthusiasts. Although smartphones have decimated digital-camera sales, the three Japanese companies benefit from the branding and sales boost that comes with being the main suppliers of high-end cameras and lenses for news and sports events.

"Mirrorless is no longer a niche product," said Stephen Baker, a consumer-technology analyst at researcher NPD. "It offers advantages in size and weight and battery that make mirrorless a very competitive premium technology."

While Nikon and Canon dominated the pro market for decades, first with film and then with digital single-lens reflex (DSLR) cameras, it's becoming clearer that devices without the mirror-and-prism system offer significant benefits. Thanks to advanced image sensors and sophisticated software, mirrorless systems can grab light faster and stay in focus, making it easier to capture crisp images of fast-moving objects.

"We will aim for the No. 1 spot in the mirrorless market," said Nobuyoshi Gokyu, the chief of Nikon's camera business. Asked about how the Z-series will stack up against Sony's Alpha line of full-frame mirrorless cameras, he touted its optical performance, including the lens mount, which allows for the use of older Nikon lenses, with an adapter in some cases. "We believe we can lead the future in mirrorless."

Mirrorless cameras have been around for more than a decade, but Sony's efforts in recent years to embed them with the larger full-frame image sensors - the chips that convert light particles into digital bits - have put them on par with SLRs in terms of picture quality. The design also makes cameras lighter, smaller and quieter - important attributes for pro shooters. Nikon will continue making SLR cameras alongside the new devices, Gokyu said.

The new mirrorless designs have been a rare bright spot for the $11 billion industry, where digital camera shipments have plummeted 80 percent in the past decade, as more people use smartphones to take pictures. Mirrorless cameras now account for about a third of the the sector's revenue, up from 9 percent in 2012, according to industry body CIPA.

Nikon and Canon actually already offer mirrorless cameras, but they are aimed at consumers and amateur photographers. Nikon had delayed a push into the full-frame mirrorless cameras on concerns that it would cannibalize its existing SLR lineup, according to NPD. As a result, Nikon's share of the combined SLR and mirrorless camera has fallen to about a quarter, which is about half its position a decade ago, according to company estimates.

Cameras and lenses now account for 41 percent of Nikon's operating profit, down from 62 percent a decade ago. The Tokyo-based company has turned to precision-measurement tools and medical cameras, although shares are still trading at less than half of their peak in late 2007. Nikon shares rose less than 1 percent on Thursday, and are down about 8 percent this year.

Industry insiders are expecting Nikon's main rival Canon to unveil its own full-frame mirrorless camera soon, setting the stage for a three-way battle in the professional photography market. Other camera makers are also stepping up investment, with Fujifilm Holdings Corp. announcing last month it will boost lens production by 70 percent in 2020 due to growing demand for mirrorless cameras.