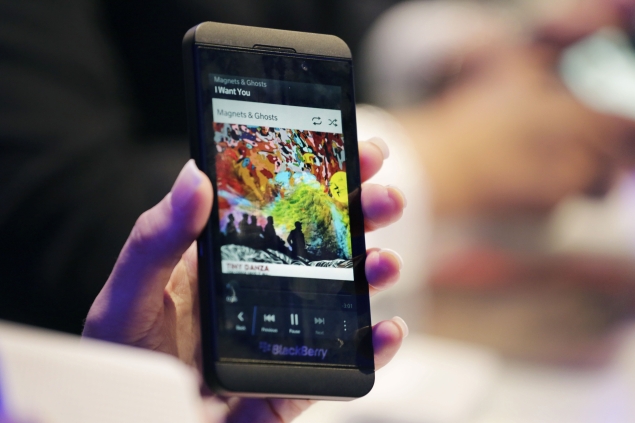 Canadian smartphone maker BlackBerry on Wednesday replenished stocks of its Z10 touchscreen model that was sold out in India after a 60 percent discount on the price.

"BlackBerry Z10 has now been restocked across BlackBerry's retail network across the country and on Flipkart.com," the company's director for distribution in India, Sameer Bhatia, said in a statement.

The device will be available for Rs. 17,990, according to the statement.

On February 25, the company offered the phone at Rs. 17,990 for a limited period. The model sold out within a week, although it was available on some e-commerce sites at a 22-50 percent higher price.

Blackberry lowered handset prices in the face of losses due to declining sales and build-up of inventory across the globe. In December, the company offered incentives on handset sales, especially devices built on its latest platform BlackBerry 10.

BlackBerry posted a loss of $4.4 billion in its third quarter ended November 30, mainly due to unsold handsets.

The company recorded a primarily non-cash, pre-tax charge against inventory and supply commitments of approximately $1.6 billion in the quarter of fiscal 2014, which was primarily attributable to BlackBerry 10 devices.

During the quarter, BlackBerry sold about 4.3 million smartphones to customers, of which 3.2 million were BlackBerry 7 devices, including models such as the BlackBerry Curve, Bold and Torch.