Saregama Carvaan Go Review: A Dose of Nostalgia on the Go

Plug in headphones, or just use the built-in speaker. 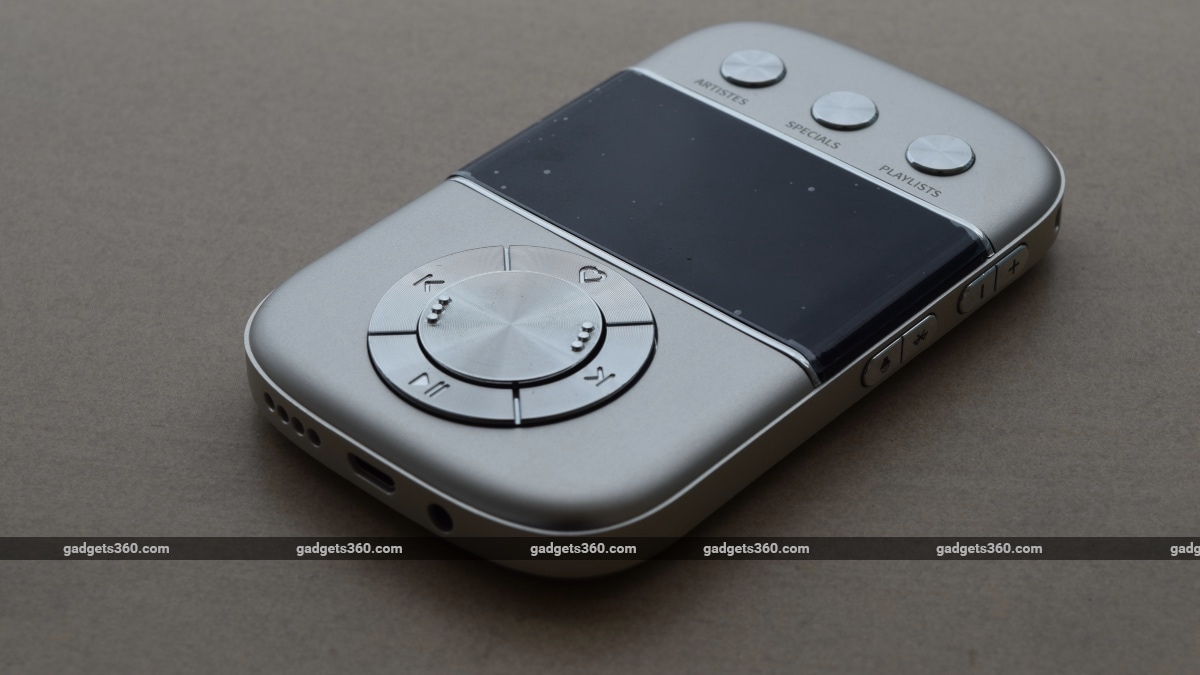 When the Saregama Carvaan was launched in 2017, it caught a lot of people's attention. This was a product like nothing else, offering simplicity, retro styling, and a generous helping of nostalgia, all in a well-priced package. A successor, the Saregama Carvaan 2.0 was launched recently. However, both these Carvaan speakers are meant to be used at home, so what does one do for nostalgia on the go?

Enter the Saregama Carvaan Go, a portable, pocketable, and personal Carvaan device. Priced at Rs. 3,990, the Carvaan Go has 3,000 preloaded tracks from Saregama's classic Indian music catalogue, and is meant to be used when you're out and about. We explore what this feature-filled portable music player has to offer in our review.

Saregama's Carvaan range of products has typically been designed with a retro aesthetic to appeal to an older user base, and have been as uncomplicated to use as possible. The Carvaan Go sticks to this approach, resembling the larger speakers in the range. The Carvaan Go feels quite sturdy, and its shape and size make it quite convenient to hold and use. It weighs a comfortable 88g.

The sales package of the Saregama Carvaan Go includes a lot of accessories, once again aimed at making usage as easy as possible from the moment the product has been unboxed. You get a Micro-USB cable to charge the device with, an aux cable to connect it to an external audio system (such as a car audio system), a lanyard that can be attached to the Carvaan Go for easy carrying, and a basic pair of in-ear earphones. There is also a small tool that resembles the SIM ejector pins that we see bundled with most smartphones today, which can be used to pop the cover off the microSD card slot. All these accessories come in a small fabric pouch that can also be used to carry the Caravan Go itself.

The back of the Saregama Carvaan Go is plain save for a couple of logos, while the front has the screen and controls. There's nothing fancy about the screen; it's a monochrome display that shows basic information such as the name of the track being played or the radio station you're listening to, and the battery level. It's a smaller version of the screen used on the Carvaan speaker, with the same easy-to-read font and comfortable brightness level.

Above the screen are the selection buttons for the pre-loaded tracks (Artistes, Specials, and Playlists), while the playback controls and jog dial for navigation are below the screen. The power button is at the top, and the volume and Bluetooth buttons are on the right. The microSD card slot and buttons to select the card player and FM/AM radio as your music source are on the left. The 3.5mm socket, Micro-USB port, and speaker are on the bottom. All buttons are physical, offer decent feedback, and are clearly marked.

Convenience is something that Saregama has always touted with its products, and we found the Carvaan Go to be very easy to use. When you turn the device on, the last mode it was set to is automatically resumed. Plugging in wired headphones or pairing with wireless headphones deactivates the built-in speaker.

Listening to music is a bit of a lottery; you can select an artiste, playlist, or special mode using the jog dial, but then you have to listen to whatever the Saregama Carvaan Go provides (you can of course skip a track or go to the previous one using the buttons). You can press the ‘heart' button on the device to mark a song as a favourite, although that doesn't seem to let you find it later or do anything beyond displaying a heart symbol every time the track is played.

This lack of control of what plays next is perhaps the most endearing feature of the Saregama Carvaan Go. Since most of the pre-loaded tracks are evergreen favourites, you're likely to stumble upon something you like and haven't heard in a while. It's a lot like listening to music on the radio today; you can stream tracks on demand now, but there's a different kind of joy in randomly having something you like play unexpectedly. This is exactly what the Saregama Carvaan Go offers with its preloaded tracks.

Most of the music on the Carvaan Go is Bollywood film tracks from popular artistes, spanning from the 1950s to the 1990s. You do also get a bit of variety in the form of ghazals, classical Indian music, devotional songs, and more. The list of preloaded tracks isn't quite as diverse or numerous as what you get with the larger Carvaan speakers, but the selection is still varied enough that you shouldn't get bored soon.

While the preloaded tracks are the most unique thing about the Saregama Carvaan Go, your options aren't limited to just that. You can also use an microSD card to play your own audio tracks, or listen to the radio.

For sound output, there are several options — wired headphones or external speakers using the 3.5mm connectivity, wireless Bluetooth headphones or speakers, and the Carvaan Go's built-in speaker. The device can be charged through its Micro-USB port, and we were able to get around six hours of use when using wired earphones and the in-built speaker to play music.

The Saregama Carvaan Go is, at its core, a personal audio player. However, unlike typical portable audio players available today, the Carvaan Go doesn't prioritise sound quality and giving you the ideal listening experience. Here, it's more about the content and ease of use.

That said, sound quality was decent enough when using the earphones included in the sales package, and improved a bit when we used the excellent Rs. 1,999 RHA MA390 earphones. The included earphones are basic, but aren't too bad when listening to the preloaded tracks. Sound quality was satisfactory when using the built-in speaker, but the sound was naturally much better with headphones.

A lot of the classic tracks we heard, such as Ae Meri Zohra Jabeen from Waqt (1965) and Aaja Aaja Main Hoon Pyar Tera from Teesri Manzil (1966) didn't sound quite as good as newer tracks like Mehendi Laga Ke Rakhna from 1995's Dilwale Dulhaniya Le Jayenge, which seems to have benefited from the better recording equipment of its time. Still, Saregama's digital library sounds as good as we could have hoped for.

Sound quality was also just about acceptable when we listened to our own music using an microSD card, but the Carvaan Go is naturally geared around older Hindi film music rather than any of today's popular genres. AM/FM radio reception was acceptable as well, and the tuner's ability to automatically scan and latch onto strong signals made this feature very easy to use.

What users will appreciate about the Saregama Carvaan Go is that it is extremely loud for both its in-built speaker as well as with headphones —another feature designed to make usage convenient and easy for its target market. We found that the volume was adequate even at the 30 percent level. Going higher was an option when we needed it, such as when we were using particularly soft earphones.

The Saregama Carvaan and Carvaan Gold introduced the idea of an offline, nostalgia-fueled audio player with static preloaded content to the Indian market, and the Saregama Carvaan Go takes the concept forward in a pocket-friendly package. It's easy to use and ideal for anyone who doesn't want to deal with downloading music or setting up a streaming service and mobile data. Although you can't update the preloaded content on this device, we don't consider that to be a flaw, since you have the ability to sideload music of your choice onto the microSD card to play on the Carvaan Go.

For Rs. 3,990, you're getting a feature-filled, value-driven device that a lot of people will appreciate, not just the elderly. Battery life is pretty much the only shortcoming of this device. It makes for a great gift, sounds good, and does exactly what it's supposed to — give people a strong hit of nostalgia, wherever they are.