More affordable than the Realme Buds Air, but with less of the fancy stuff. 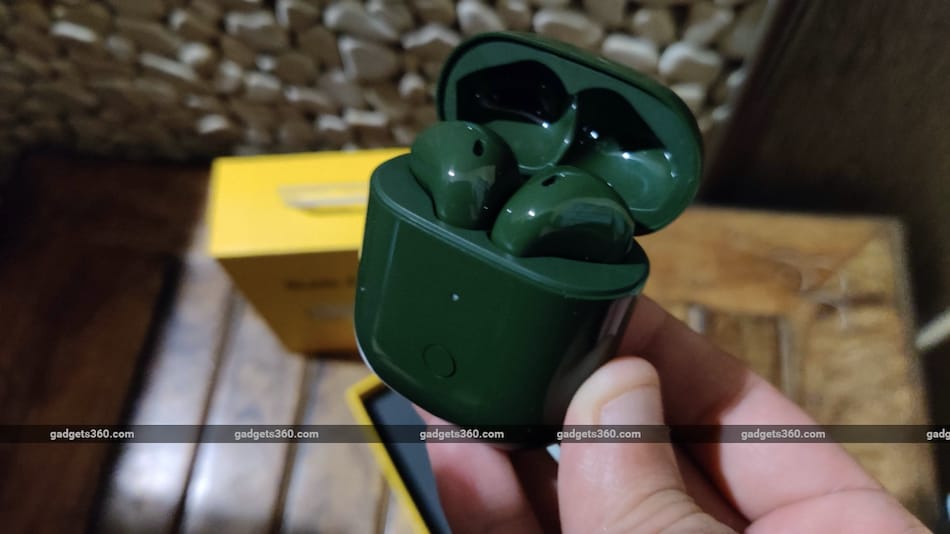 The Realme Buds Air Neo is more affordable than the Realme Buds Air and has the same design, but there are some differences in terms of features and performance. We explore these changes, and also go into detail about how these earphones perform, in our review.

Not as much fancy stuff on the Realme Buds Air Neo

Although we weren't very impressed with the sound quality of the Rs. 3,999 Realme Buds Air, it definitely pushed boundaries of low-cost true wireless earphones in terms of features. The Realme Buds Air Neo isn't quite as well equipped, instead sticking to getting the basics right at a lower price. There's no wireless charging, and charging is through a Micro-USB port; there's no Type-C port, which you get on the higher-priced Buds Air.

Not much has changed when it comes to design; the Realme Buds Air Neo sports largely the same AirPods-like design of its sibling. The outer-ear fit is comfortable and stayed in place for most normal activities, but passive noise isolation was practically non-existent, as would be expected from this design. There are touch-sensitive zones on the earphones for the controls, which worked well for us. The earphones are IPX4 rated for water resistance, and use Bluetooth 5 for connectivity with support for the SBC and AAC codecs.

The colour options have changed; you can get the Realme Buds Air Neo in white, green, or red. The charging case is the same colour as the earphones, and has the Micro-USB charging port at the bottom, plus a pairing button and indicator light at the front. Simply opening the lid of the case powers up the earphones, and putting them away and shutting the lid powers them down.

We paired the earphones for the first time using Google Fast Pair, and this worked exactly as it was supposed to, reducing the number of steps needed to get the earphones connected to our Android smartphone. You can also use the protocol to find your earphones by making them ring loudly if they are within Bluetooth range.

The earphones ran for three hours per charge in our testing

The Realme Link app is available now for Android and can be used to customise the touch controls of the Realme Buds Air Neo. You also need the app to activate the voice assistant function on the earphones, which is disabled by default.

Although the price has been reduced and some of the headline-worthy features have been skipped, compared to the older Realme Buds Air, the Realme Buds Air Neo doesn't sacrifice sound quality. The earphones offer decent sound for the price, and in fact we found them to be ever so slightly better than the more expensive Buds Air. The tuning is a bit less bass-oriented, but there's still plenty of thump for anyone who likes things exciting.

Something that's usually missing from budget true wireless earphones is detail, so we started with one of our favourite tracks for testing this - Love Love Love by Moullinex. The busy nature of this track with the many instruments and energetic beats wasn't quite as impressive on the Realme Buds Air Neo as on the impressive JVC HA-A10T, but the earphones did manage to get some of the spatial sense of the track right. The sound wasn't as crisp as on the JVC earphones, but we weren't disappointed with it either.

Switching up to salsa, we listened to Show Me by Alex Wilson. The mid-range and highs definitely take a back seat with more attention going to the lows and mid-lows, but the drop off isn't as pronounced as on the Realme Buds Air; we could still hear the vocals and highs clearly enough. However, the catchy drum beats in this track felt a bit bass-boosted. The earphones didn't quite capture the detail in the conga drums, and the track sounded dull to us. The nuances of specific genres aren't accurately reproduced by the Realme Buds Air Neo, and the earphones are best used for modern electronic music that relies on synthesised bass.

This is exactly what we listened to next – we played The Whistle Song by Netsky, and the essence of this drum-and-bass track was well portrayed by the earphones. Once again, detail was lacking, but the Realme Buds Air Neo did get the raw thump and forcefulness of the lows right. The earphones also get very loud, which helps amp up the excitement in electronic music.

Finally, we used the Realme Buds Air Neo for phone calls, and the earphones performed just about as we expected from an affordable pair of true wireless earphones. While we were able to hear and be heard on calls when we had good reception, sound was a bit boomy for us, and not always sharp enough for the person on the other end. The low-latency mode works as expected; sound quality dropped a bit when using it, but there was a somewhat noticeable reduction in latency, which improved the gaming experience a bit.

The Realme Buds Air Neo has strong bass, but falls short when it comes to detail in the sound

The Realme Buds Air Neo isn't quite as groundbreaking a product as the Realme Buds Air, which was launched in late 2019. While it costs Rs. 1,000 less, the omission of wireless charging and the use of a Micro-USB port for charging makes this a less impressive option. Sound quality doesn't see any significant improvements, and battery life is average, but some basic features that are common to both headsets such as Google Fast Pair, low-latency mode, and app support are useful to have at this price and might appeal to many buyers.