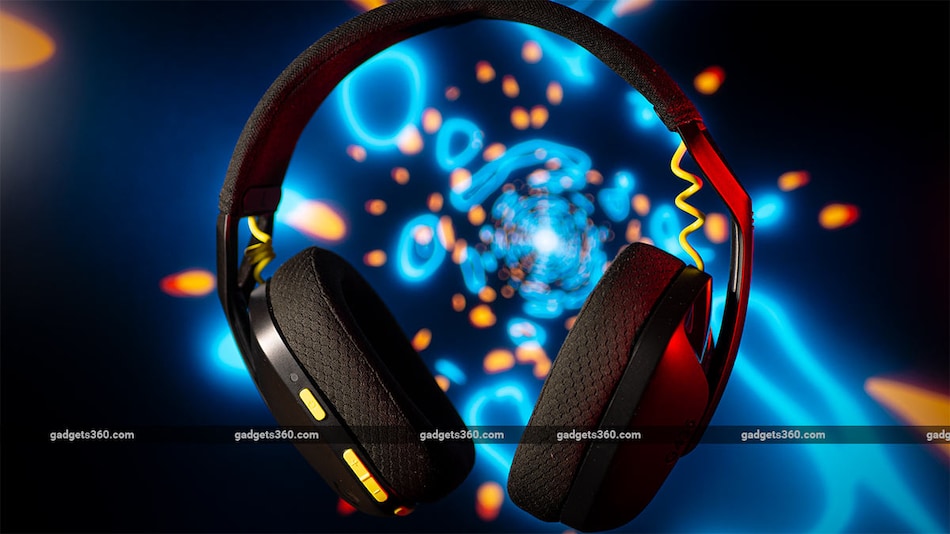 The gaming industry is ever-growing, with people clocking in thousands and thousands of hours in different types of games. Millennials and Gen-Z alike have found solace in gaming, especially during these hard times. At the start of the lockdown in 2020, we saw multiplayer games such as Among Us grow in popularity, and going into 2021, the next-generation PlayStation 5 and Xbox Series X and Series S consoles were launched.

This is an industry that keeps on rising and one of the many companies that have made their mark here is Logitech. The Swiss manufacturer is well known in the gaming beat for products such as gaming mice, headsets, and keyboards. The company recently launched the Logitech G435 gaming headset in India, priced at Rs. 7,495. Is this the best pair of gaming headphones you can buy under Rs.10,000 right now? I spent around two weeks with the headphones, and here's my full review.

The headset follows your usual gaming aesthetics for ear cups and the headband, but without much flashiness. Personally, I am not a big fan of RGB on headsets, but many buyers want this feature and may be disappointed to find it absent. The headset is available with online retailers such as Amazon India and Flipkart, and comes in three colour variants – Off White and Lilac, Blue and Raspberry, and Black and Neon Yellow. I have the Black and Neon Yellow colour variant for review. The entire headset is black, while the buttons are neon yellow.

The left earcup has all the buttons and controls built into it, including the power on/off button which is placed just below a battery level indicator light, followed by the Volume Up and Down buttons and a Mute button. You also get dual microphones on the left earcup. Unlike most gaming headsets, Logitech has gone for beamforming microphones instead of a boom arm. There is also a USB Type-C port on the left ear cup for charging. The right earcup only has a Logitech logo and nothing else.

Gaming peripherals, particularly headphones, are notorious for being heavy, and in some cases, almost as big as your head. The G435 aims to be the opposite of that. This is probably the lightest gaming headset I have used, weighing in at 165g; for context, the HyperX Cloud Core 7.1 weighs about 300g without the boom microphone.

The entire headset is made of plastic and that is what helps keep the weight in check. Logitech also states that a minimum of 22 percent post-consumer recycled plastic content has been used in the G435. It has a frequency response ranging from 20Hz to 20KHz with an impedance of 45 Ohms. Inside the box, you can find a Lightspeed USB dongle, a USB A to USB-C cable, some user documentation, and the Logitech G435 headset itself.

The ear cups are adjustable and are installed on rails, so they can be adjusted up and down for comfort and a proper fit. However, there is no swivel. It's worth mentioning that these rails feel a bit too finicky and fragile. The headset did survive some accidental falls from a reasonable height, but I am concerned about whether it will hold up in the long run.

The memory foam on these ear cups is very comfortable, and I did not face any issues with them during long gaming sessions. The inner plastic covering the drivers isn't fabric-coated and has large openings, so you'll need to be careful about dirt entering them. The headband frame is made of plastic and does not have any cushioning, only a smooth cloth covering that pads it slightly.

While this could have been an issue if it was a heavy headset, I never faced any discomfort during my time with the Logitech G435 Lightspeed. It did fit well for me and I didn't have any comfort issues.

The memory foam on the ear cups are soft and comfortable, especially for long hours of gaming
Photo Credit: Robin John/Gadgets360

The controls on the Logitech G435 Lightspeed were a bit confusing for me in the first few hours that I spent with it. Holding down the power button will turn the headset on or off, while a single click on it will show you the estimated battery percentage. If the light is green, the battery percentage is between 31 and 100 percent, if it is red then it is between 15 and 30 percent, and if it flashes red for about five seconds, that means the battery level is below 15 percent. It's a bit of a guessing game since there is no voice prompt to provide the exact battery level.

The mute button also functions as a connectivity button. The Logitech G435 Lightspeed can be connected to your device using the company's own Lightspeed dongle or Bluetooth. Lightspeed is Logitech's proprietary technology which uses the 2.4Ghz frequency channel for wireless devices including keyboards and mice. When it comes to gaming and wireless devices, one of the major concerns is latency, and to tackle that the G435 comes with the Lightspeed dongle, which is included in the box. Long-pressing the mute button for three seconds or longer will switch between these two connectivity options.

All the controls are located on the left earcup of the Logitech G435 Lightspeed
Photo Credit: Robin John/Gadgets360

If the indicator lights up in cyan, that means the device is now in Lightspeed mode, and if it shows blue, that means Bluetooth is enabled. Lightspeed, when compared to Bluetooth, has lower latency. Lightspeed can be used with gaming consoles and PCs too, while you can use Bluetooth for smartphone gaming or just for watching movies and listening to music.

During my usage, I usually preferred Lightspeed connectivity because of the lower latency, although I did come across a bug. If you have two USB ports side-by-side with one being used by the Lightspeed dongle and another being used by anything else, there can be times when you hear a lot of distortion in the sound output. In my case, I always have an external hard disk connected, but once I unplugged it, there was no more distortion to be heard. This issue aside, connecting the device is a breeze and switching between Bluetooth and Lightspeed is also quite seamless.

As for sound quality, the Logitech G435 has 40mm drivers which are able to output decent sound with good highs and lows for the most part. The sound quality is not extraordinary by any means, but it isn't bad either. It should fulfil all your gaming needs.

I tested the headphones with a large number of games such as Valorant, Apex Legends, CS:GO, Back 4 Blood, Tomb Raider, and Forza Horizon 5. In first-person shooter games, any sound cue could be the difference between life or death, and the Logitech G435 did very well on that front.

The soundstage is quite balanced. You can hear explosions and rumbles even if the volume level isn't extremely high. I was able to understand where all my targets were and whether they were rotating from one site to another in Valorant and CS:GO.

It is also vital to understand the direction of the origin of sound effects, and the headset was able to reproduce that neatly. There is a bit of sound leakage if you keep the volume above 85 percent. There is no active noise cancellation and the memory foam ear cups allow some outside sound to get in, making for inadequate passive noise isolation.

Logitech has gone with beamforming microphones on the G435 Lightspeed headphones instead of the traditional boom arm, and I am not sure that was a wise choice. Voice quality is decent since the two microphones are close to where your mouth is. However, they tend to pick up a lot of ambient noise, and fellow gamers on Discord weren't happy with that. Boom microphones are a much better choice, but that would have added weight to the headset.

Logitech claims that the G435 Lightspeed can run for 18 hours on a single charge, and I was able to come close to that during my time with the review unit. I got around 17 hours of usage per charge with the volume usually at around 80 per cent. I was also able to switch to Bluetooth and connect to my smartphone and take up some calls during this time.

The Logitech G435 Lightspeed has a USB Type-C port for charging, and it takes around two hours to charge fully. There is no 3.5mm audio connectivity, which is a bit disappointing for a gaming headset. If you run out of power mid-game, you have no choice but to switch over to another device or wait for this one to charge.

The Logitech G435 Lightspeed also does not support G-Hub, the proprietary software provided by Logitech for PC users to tinker around with settings on their devices. This basically means that you cannot adjust the equaliser, bass boost, or volume boost settings on this pair of headphones. You will have to depend on your console or PC's output settings for that.

Logitech's vision for the G435 Lightspeed was very clear from the start; the company wanted this device to be affordable enough for entry-level smartphone and console gamers, while also being light and comfortable enough to wear for long stretches. The headset gets some things right but misses the mark in other basic aspects completely.

Lightspeed integration is a smart move since it lowers the latency while allowing the convenience of wireless connectivity. However, the microphone is less than ideal for a gaming headset.

On the whole, the Logitech G435 is a decent pair of headphones, and might be worth considering for entry-level users. There are some other options in this price range that might be worth considering, such as the Razer Nari Essential which retails at Rs. 8,341 and also works as a wired headset too, or the JBL Quantum 400 which has USB connectivity for audio, and a boom microphone.