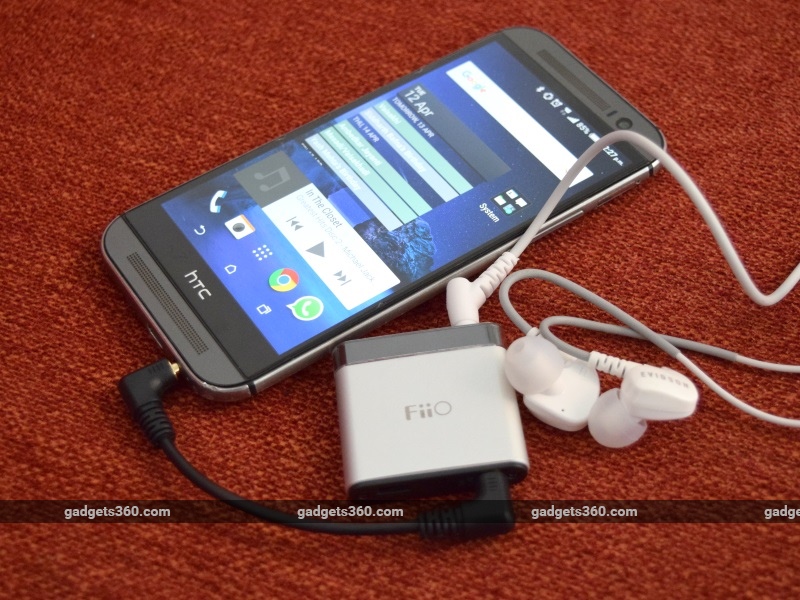 Fiio's product range is interesting to audiophiles for a number of reasons. This Chinese electronics manufacturer is known for personal audio products and accessories, including portable media players, specialised audio cables and portable headphone amplifiers. In fact the company only recently revealed its first pair of headphones, the Fiio EX1 in-ears.

Something that Fiio likes to focus on is its line of portable headphone amplifiers. A portable headphone amplifier is small and plugs in between your source device and headphones, boosting the analogue signal before it makes its way into your ears. They can help you get the most out of your headphones by amplifying the sound, which not only makes them sound louder, but can also contribute towards making them sound better. Headphone amplifiers are particularly useful in fixing any volume issues you may be facing, and also serve as a great first upgrade to your listening setup.

Covering everything from the entry level to the high end, Fiio's portable headphone amplifiers are some of the more popular options in the market. Today we're reviewing the affordable Fiio A1, which retails for Rs. 2,000. Find out everything there is to know about this pocket-sized amplifier in our review. 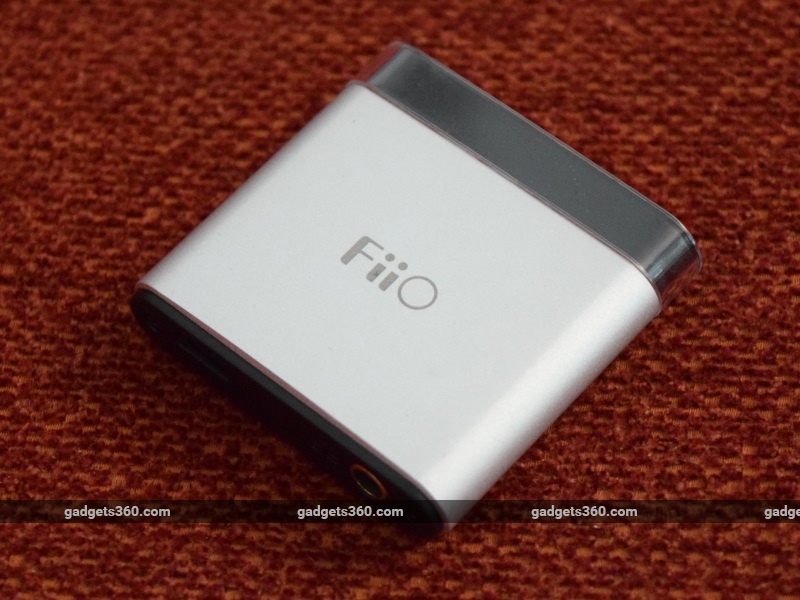 Design and specifications
The Fiio A1 is compact and simple, with a basic but functional design. It's small enough to fit in your palm, and has only the required buttons and ports. The casing of the amplifier is entirely metal, with a dull silver finish. It's about as thick as the average smartphone, and will sit comfortably in your pocket when in use. Alternatively, it's light enough to clip to a shirt or belt as well, weighing just 20g.

There is a clear removable plastic strip along the top which can be replaced with one of the included belt-clip strips if you intend to keep the device clipped. There are three buttons on the top: one to control power and the equaliser setting, and two to adjust volume. Also on the top is the 3.5mm output for your headphones. The bottom has a port and a 3.5mm input, and you can use either of the two included auxiliary wires to connect the A1 to your source device. Also in the box is a standard USB Type-A to Micro-USB cable for charging, but no mains adapter.

The amplification unit powering the Fiio A1 is a Texas Instruments TPA6130A2, which can drive headphones with impedance ratings anywhere between 16Ohms and 100Ohms. Frequency response ranges from 10-90,000Hz, and the device claims to have a total harmonic distortion of less than 0.05 percent through the normal listening range. It is powered by a 160mAh battery, and ran for an impressive 12-13 hours on a full charge. 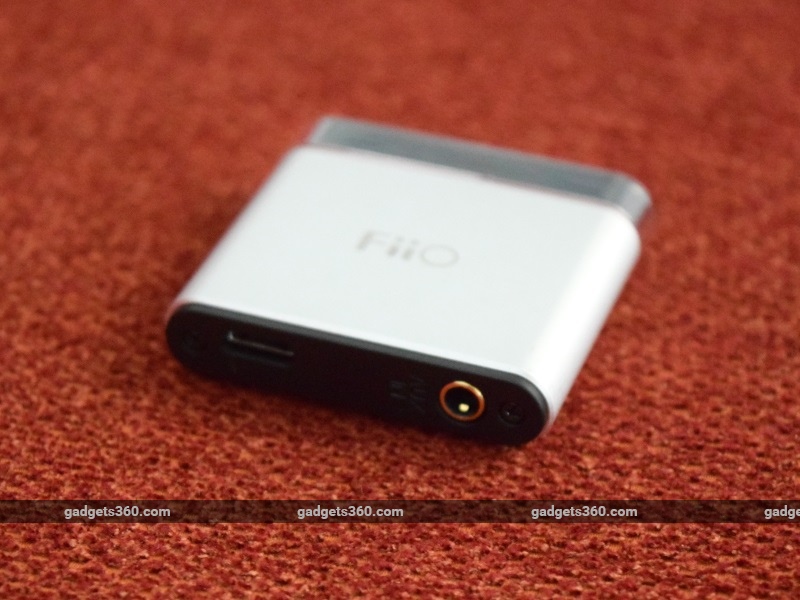 Performance
We used the Fiio A1 with our reference Fiio X1 high-resolution audio player, a Windows laptop and an Android smartphone. We used the Evidson AudioSport W6 and Trinity Atlas headphones for the review. Focus tracks were Foster The People's Life On The Nickel and Gotye's State Of The Art.

Starting with the Trinity Atlas and State Of The Art, we immediately found that the A1 manages a serious amount of amplification for a device this small. The listed 3.65dB gain can really be felt, and with the volume maxed out on both the source device and the A1, it became far too loud for normal listening. You aren't going to need all of that sensitivity gain, but it's good to know that this device can effectively solve any volume problems that you might have with your headphones and source devices. 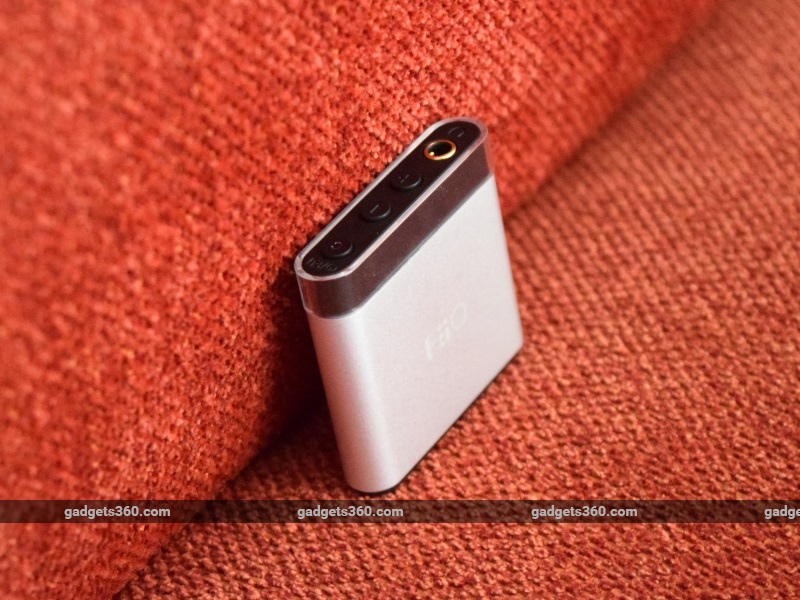 It's also noteworthy that when the 'Bass 0' equaliser preset is used, there's practically no change in the sonic signature whatsoever. The Fiio A1 retains the sonic characteristics of both the source device as well as the headphones themselves, simply adding volume. The Trinity Atlas sounded much better with amplification than without, since every element across the range was given a slight but equal boost. This vastly improved sonic separation, imaging and clarity, apart from the obvious sensitivity gain.

With the low-cost Evidson AudioSport W6 and Life On The Nickel, we heard more of the same overall improvements, but the difference in sound quality was even more noticeable. The track's powerful, bass-happy drumbeat sounded absolutely fantastic with the addition of the A1, and imaging felt vastly improved as well. The amplifier definitely has the capacity to turn a budget sound into a mid-range one.

We also tried the other equaliser settings on the Fiio A1. 'Bass 1' boosts the sub-bass and mid-bass frequencies without affecting the top-end, which is an interesting tweak to the sonic signature for quick and exciting tracks. 'Bass 2' boosts sensitivity in the low-end, but forces a drop in the mid-range going up to the highs, while 'Bass 3' causes an equal sensitivity drop through the range. The latter two settings didn't appeal to us very much, but they may suit some listeners' preferences. 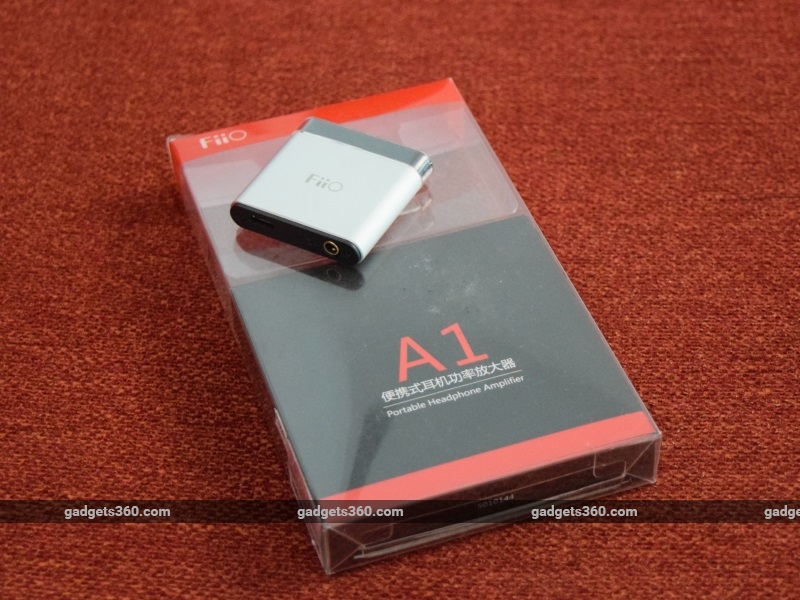 Verdict
The Fiio A1 is an incredibly simple device that does what it claims to do. It complements your headphones and source device remarkably by giving them a decent boost in sound, without messing with the sonic signature. You can of course play with the equaliser settings and tweak the sonics as well, but at its most basic level, this device is about improving volume and sound quality, which it does in a big way.

At Rs. 1,999, the Fiio A1 represents tremendous value, and has the potential to improve sound quality no matter what kinds of headphones and source devices you use. You can also use it with a computer if you have volume problems (though not as a USB DAC), and battery life is decent as well. The Fiio A1 is an excellent portable headphone amplifier if you don't have a big budget.