Is this budget Bluetooth headset worth your time and money? 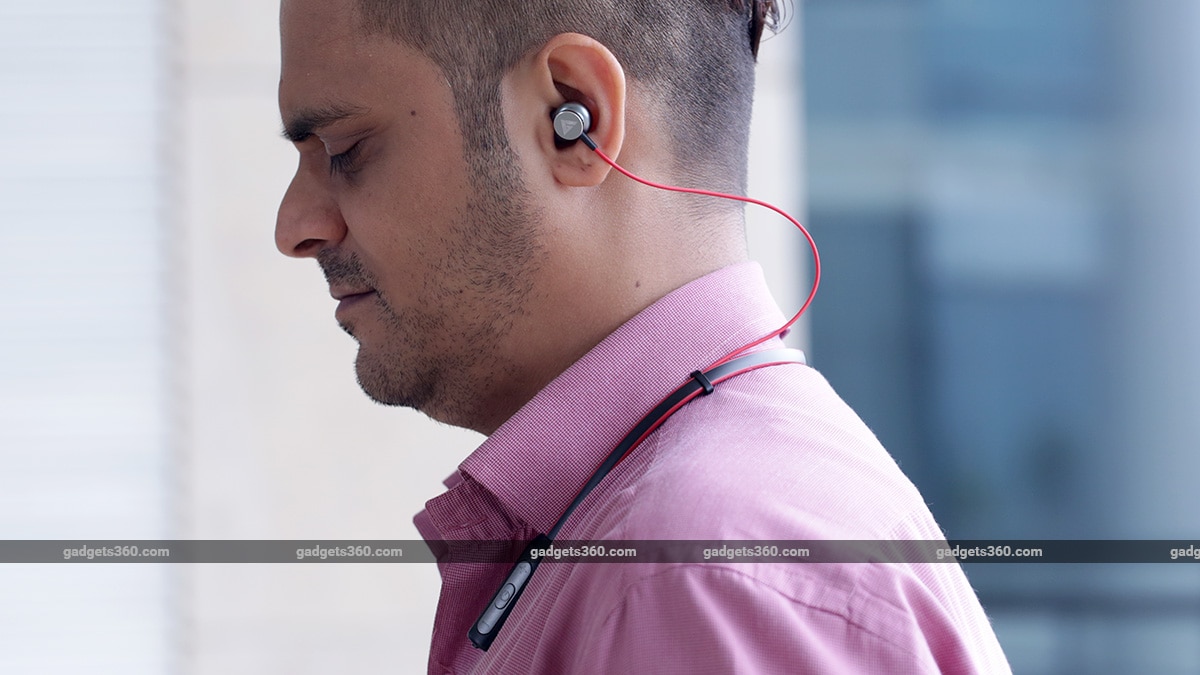 The Boult Audio ProBass Curve is light and comfortable to wear

Boult Audio is a little-known company offering its audio products in the Indian market, including a wide range of wired and wireless earphones, headphones and even soundbars. The Twin Pods, which we tested a while back, turned out to be a pretty decent budget alternative to Apple's AirPods, especially for the market price. Today, we'll be testing the Boult Audio ProBass Curve, which is a pair of wireless neckband earphones that packs in a lot of features at a pocket-friendly online price of just Rs. 1,499.

This is a follow-up model to the original Curve, which has now been discontinued according to the company. The new model, which has 'ProBass' added to its name, looks physically identical to the older one. It gets an upgrade with Bluetooth 5 (versus 4.2) but doesn't have a vibration motor in the neckband, which is probably for the best – more on that later. Should this be your next budget pick? Let's find out.

The packaging for the Boult Audio ProBass Curve isn't great, but once you get to the actual earphones, the finish is better. Build quality is still strictly average, with plastics that feel a bit cheap. It's available in different colours, such as a Red/Black, Red/Blue or even an all-black trim. The neckband is very flexible and snaps back into shape even when twisted and turned to extreme angles. The earbuds are attached to wires that run along the length of the neckband, and you can adjust the amount of slack.

The ends of the neckband terminate in two plastic modules, which hold the battery and the playback controls. The left module has a flap-covered Micro-USB port, the microphone, battery LED, and three buttons for power and volume control. As we stated earlier, the newer model doesn't have a vibration motor for alerts, which the older Curve model did.

The earbuds themselves are pretty light thanks to their plastic housings, and they have a low profile so they don't stick out of your ears. The silicone ear tips are comfortable and offer good isolation from ambient noise. You get two extra pairs of ear tips in different sizes, in addition to the pair that's pre-attached. There's also a Micro-USB charging cable in the box.

The outer sides of the earbuds are magnetic, so you can snap them together when wearing the band around your neck. These magnets are only to keep the earbuds in place, and there's no extra functionality such as pausing your music.

The drivers in the ProBass Curve feature neodymium magnets. This headset is powered by Qualcomm's CSR8635 Bluetooth chip which uses Bluetooth 5 for connecting to your source devices. It supports Qualcomm's cVc noise cancellation technology for voice calls, but only the common SBC Bluetooth profile for streaming audio.

The chip supports multipoint connection, and so the ProBass Curve can be paired with two devices at once. However, there were times when the earphones would refuse to connect to the second device. The company hasn't detailed the frequency range that the drivers can handle. The device itself is IPX5 rated for moisture and sweat resistance, which is handy.

The ProBass Curve has a very snug fit, which is something we immediately liked. We barely felt the earbuds in our ears, and the neckband is extremely light too, making this headset comfortable to wear even for long listening stretches. The vibration motor on the previous model was very harsh and rattled the band uncomfortably every time we switched it on or when we got calls and messages, so it's a good thing it's been dropped from the ProBass model. You'll hear voice prompts through the headset when a device connects to it and when you switch it on or off.

The Boult ProBass Curve is tuned to deliver punchy bass, and this is one area in which it delivers very well. Tracks such as Lock Doh by Giggs feature tight and controlled bass, with a satisfying kick. There's no distortion even at full volume. Vocals are rich and always sound like they're coming from front and centre. The mid range in general is decent, but complex tracks such as Queen's Bohemian Rhapsody can be too much for the Curve to handle, as the highs and the low end overpower the many background instruments. Highs also sounded a bit screechy at full volume in this track, although this isn't a consistent issue with others.

The older Curve model, which we have some experience using, lost connectivity intermittently, which caused audio to cut out every few minutes. It's hard to tell what caused this, but we observed it when using the device paired with multiple different devices including a OnePlus 7 Pro (Review) and an iPhone XR (Review), and even a MacBook Air. Thankfully, we didn't face this issue with the new ProBass Curve model. We also found it to have good range, and we didn't face any connection issues even with small obstacles between the headset and our source device.

One thing we noticed was that in order to get good bass response, we needed to fiddle around a bit with the earbuds till we got a good seal. Simply popping them in our ears didn't guarantee a good fit. The controls are easy to find and master. A long-press on the volume up button skips the track while the same gesture on the volume down button takes you to the previous track. However, since the power button doubles up as the play/pause button, there's no way to activate your phone's voice assistant.

The ProBass Curve automatically connects to the last paired device it detects. For a new connection, you'll need to hold the power button for more than five seconds, till the light alternates between blue and red.

Call quality is pretty good too. We didn't have any audio issues and neither did the person on the other end, even when we were in noisy environments such as a train station. The passive noise isolation from the ear tips is very good, but audio does leak a bit if you push the volume beyond 80 percent.

Boult Audio promises battery life of 8-10 hours on a single charge for the ProBass Curve, and in our usage, we easily managed to get around 8 to 8.5 hours on average. Charging the battery using a laptop's USB port took a little over two hours. The power LED is the only indication of the amount of charge left. It blinks blue when the level is above 20 percent, and red when it dips below that.

The Boult Audio ProBass Curve replaces the outgoing model at the same online price of about Rs. 1,499, though we've seen it sell for a little less at times. For that price, this device has a lot going for it. It's sweatproof, light and comfortable, and has good battery life. The mids are a little weak, but it produces clean and punchy bass. It's certainly not the most premium-looking device and it doesn't feel like one either. Finally, the eartips need a bit of fiddling before you can get a good seal.

Overall, if you're looking for a light, inexpensive pair of Bluetooth earphones with good bass and moisture resistance, then the Boult Audio ProBass Curve is a decent pick.