Another low-cost AirPods alternative. Should you bother? 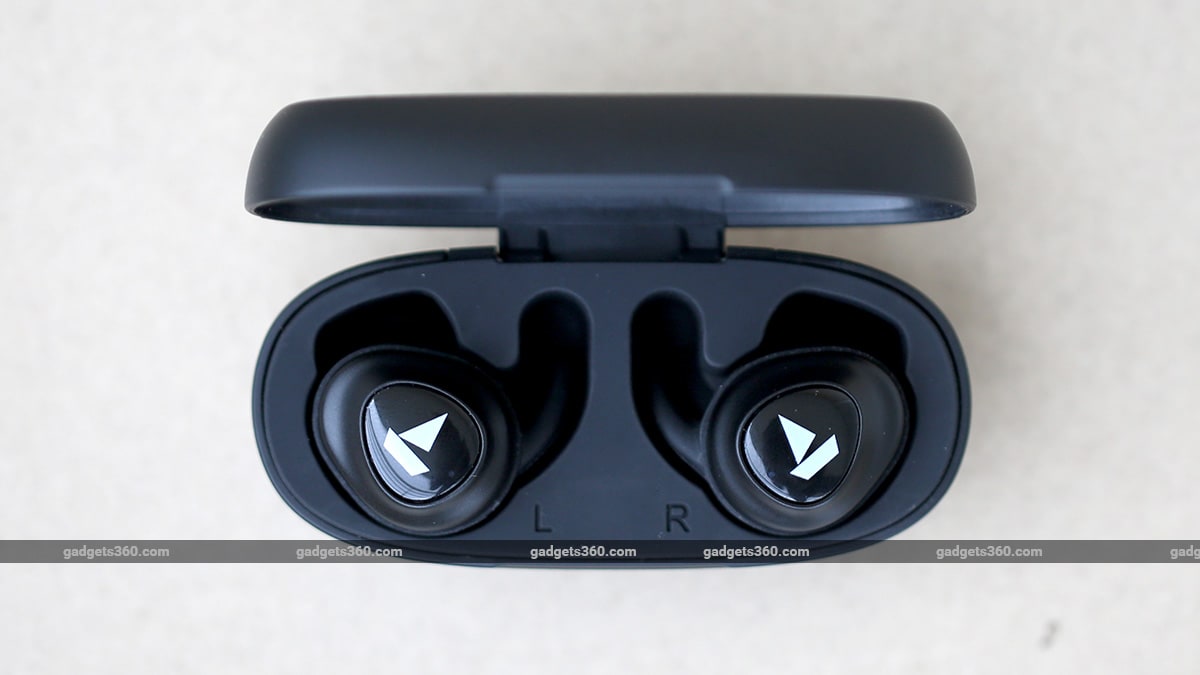 Is the Boat Airdopes 411 a good, budget AirPods alternative?

The runaway success of Apple's AirPods has opened the floodgates for competitive truly wireless alternatives, ranging from models that cost a fraction of what Apple's product does, to those that go well beyond it. While big-name audio brands such as Bose, Sennheiser, and Sony are busy churning out premium truly wireless earbuds, the budget segment has also exploded over the past year or so, with plenty of options to choose from.

If you're looking at the entry-level segment, the Leaf Pods at just Rs. 3,999 are currently the truly wireless earphones to beat, in our opinion. Popular audio manufacturer Boat is quite well known for its affordable headphones and earphones, and it has recently launched a new truly wireless model, called the Airdopes 411.

The company currently has a bunch of different truly wireless offerings, all priced below Rs. 10,000, but the Airdopes are particularly attractive because of the features you get for just Rs. 2,999. Do they sound good enough to be worth recommending? Let's have a listen.

Each earbud of the Airdopes 411 is made of plastic, with the insides having a slightly glossy finish compared to the outer matter finish. The ear tips are angled in such a way that they can easily slip into your ear canals and create good seals. Each earbud has a single button with the Boat logo on it, and a multi-colour LED below. The latter is used for checking the earbuds' charging and pairing status.

The Airdopes 411 earbuds are built well and don't weigh much

The earbuds have rubber wings pre-attached for a better fit, and you get two extra sizes (small and large) in the box. The same goes for the ear tips. The physical button on each earbud can be used for turning the earphones on or off, if you don't have the case near you. The buttons can also be used to control playback and answer calls.

Like all pairs of truly wireless earphones, the Airdopes 411 ships with a charging case. It's compact, has a nice matte finish, and also features four blue LED lights on the outside which light up to show the current charge level of the case every time you open its lid. The earbuds are easy to put in and take out, and are held in place with the help of magnets. The case has two contact points for each earbud, and they'll automatically start charging when you place them in their spaces. There's a Micro-USB port at the back for charging, and a cable is provided in the box.

The right earbud is the primary one, and it automatically syncs with the left one when they are taken out of the case. You can use the right one on its own, say for voice calls, but not the left. If you want to use the left earbud as an earpiece, you'll have to pair it separately with your phone (long-press the button till ‘Airdopes 411 L' shows up in your device's Bluetooth list). The earphones can be connected to two devices at the same time, but we didn't find this to be very reliable. There were times when the earbuds automatically connected to a previously paired device, but most of the time they refused to connect to a second device when one was already paired.

The Airdopes 411 ships with a compact charging case

The Airdopes 411 uses Bluetooth 5 and has an operating distance of 10m. The earbuds both feature 6mm drivers with a frequency range rated at 20-20,000Hz. The earbuds are also said to be IPX4 rated, which means they should be able to withstand light splashes of water. They are rated to deliver around three and a half hours of battery life per charge, with the case being able to recharge both earbuds three more times. Last but not least, the Airdopes 411 only supports the SBC audio codec.

The Airdopes 411 have a comfortable fit and don't stick out too much from your ears. We found the medium sized wings and ear tips to offer the most secure fit for us, even when we were running or jogging. The ear tips offer very good passive noise isolation too, which is especially nice when you're travelling through busy areas, such as a metro station. As soon as you insert the earbuds into your ears, you'll get a little voice prompt telling you that they are ready to be paired, or that they are already connected to a device. The same goes for when you turn them off.

We tested the Airdopes 411 for about a week with different devices, ranging from a MacBook Air to an iPhone XR (Review) and a Samsung Galaxy S10+ (Review). We used multiple music sources too, including Spotify, Apple Music, and our own high-resolution FLAC files.

The Airdopes 411 sound clean, with no distortion or sibilance even at the highest volume. The bass is subtle and lacks good punch, but is present. Vocals sound clear but aren't particularly crisp, and instruments in the mid-range frequencies are somewhat distinguishable, but overall, the sound can be described as average at best. The volume doesn't get very high either, so we had to do most of our listening at around the 90 percent level, especially when outdoors.

The Airdopes 411 can handle complex tracks fairly well. Michael Jackson's Black or White was fun to listen to. The vocals were clear and didn't get shrill even at high volumes; the mid-range had decent presence, and bass was just a little weak. In vocal-led tracks such as the acoustic version of Linger by The Cranberries, the song was decently balanced with good emphasis on the vocals and decent separation in the mid-range. Bass-heads might not like the way the Airdopes 411 sound, since they can't deliver a satisfying thump in the lower frequencies.

We used the earphones for watching movies and playing games too, and didn't detect any audio lag. These earphones aren't very good for voice calls though. Even though the caller didn't have much trouble hearing us, calls sounded a little muffled on our end, with low clarity.

The antennas in each earbud are also easily susceptible to external radio interference. The moment we walked into an area with a bit of wireless congestion, such as public places, the left earbud would keep dropping its connection with the right one. This would happen quite often, to the point that it got frustrating. We've never faced this issue with AirPods or even the Leaf Pods in the same places that we normally commute through. Indoors, without any major interference, the Airdopes 411 have good range. We managed to get a stable connection when using them at a distance from our source device, even with a wall in between.

The Airdopes 411 lives up to its promised battery life. We typically averaged a little more than 3.5 hours of runtime per charge. At times, we managed to go around 4 hours, and the lowest we recorded was about 3 hours and 20 minutes, when playing music at high volume levels. The case can recharge the batteries from zero to full three times over, with enough left over for a fourth charge up to about 40 percent. This gives you a total battery life of a little more than 17 hours, including the first full charge and all the consequent top-ups, which is not bad.

The Boat Airdopes 411 is available online for Rs. 2,999, despite the official listing on its website claiming a Rs. 7,499 maximum retail price. For this much money, you get a decent set of features such as the latest version of Bluetooth, sweat resistance, a compact charging case, and a comfortable fit. Audio quality is decent for casual listening, but these earphones lack the excitement and drive of others, such as the Leaf Pods, which are not much more expensive. The bass is weak though, and we would have liked a higher volume level. Also, the connection drops between the earbuds is very annoying, especially if you'll use them while commuting.

For Rs. 1,000 more, you can instead choose the Leaf Pods, which are arguably still the best truly wireless earphones you can get below Rs. 5,000. Other than their slightly convoluted charging case, the earphones themselves offer excellent battery life and superb audio quality, making the premium over the Airdopes 411 totally worth it.