When it comes to good personal audio, few brands have the same reputation and stature as Japanese manufacturer Audio Technica. The company's microphones and headphones are widely used the world over by professionals and audiophiles. Furthermore, major events and showcases, including the Grammy Awards and the Olympic Games, have relied on Audio Technica for audio solutions.

Even if you leave aside the company's achievements in professional audio and focus only on the headphones division, Audio Technica is no slouch. The popular ATH-M50X headphones are frequently praised by enthusiasts everywhere, and we're quite fond of them too, having included three of the company's models in our list of the Best On-Ear and Around-Ear Headphones for Every Budget. 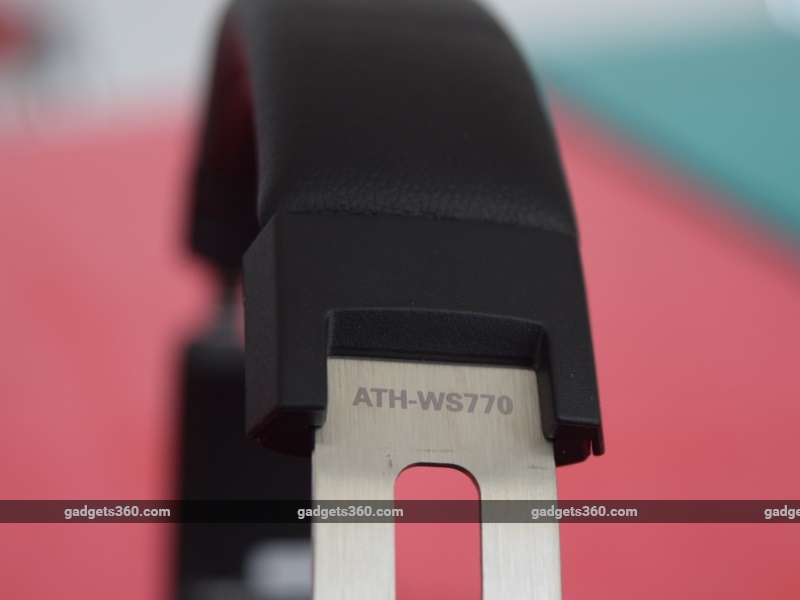 While the aforementioned ATH-M50X is a monitor headset and is therefore tuned to deliver a neutral sonic signature, the Audio Technica ATH-WS770iS headphones we're reviewing today are part of the Solid Bass range. True to its name, products in this range are geared to provide a rather significant boost to the low-end of the frequency range, which will appeal to bass lovers. Priced at Rs. 8,200, the ATH-WS770iS hopes to be the bass-head's go-to option in the sub-Rs. 10,000 price bracket. Read our review to find out all about the Audio Technica ATH-WS770iS. 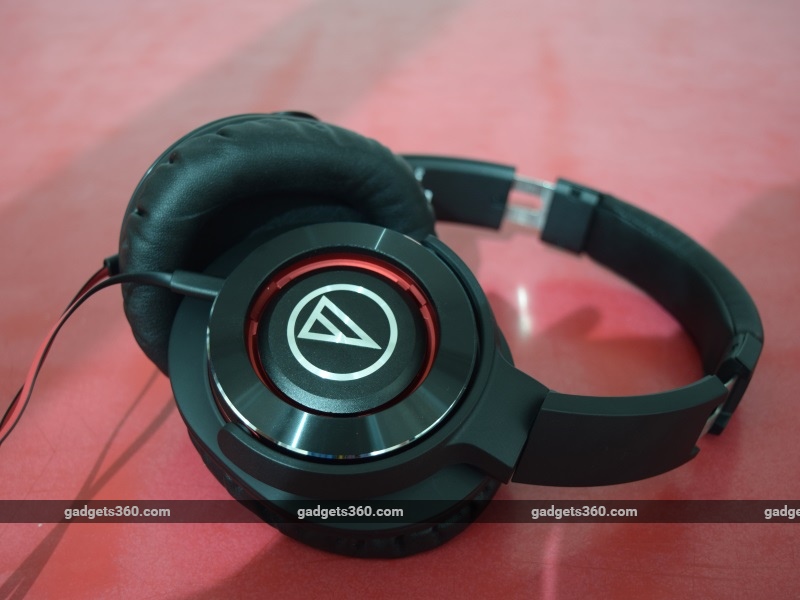 Specifications, design, and comfort
The Audio Technica ATH-WS770iS features an around-ear design with closed-back casings, containing the massive 53mm dynamic drivers that power the headphones. The impedance rating of the headphones is a rather high 38Ohms, with a frequency response range of 8-29,000Hz and sound pressure levels measuring in at 100dB. The headset weighs a hefty 265g and has a non-detachable 1.2m cable.

The cable is flat and therefore incredibly tangle-resistant and durable as a result. It has a two-colour scheme that matches the headphones, and looks rather neat. The 3.5mm pin is L-shaped and is made of plastic, as are the Y-splitter and the single-button in-line remote and microphone. Despite the lack of metal in the details, the cable looks rather sophisticated on the whole. There is also comfortable padding on the ear cups as well as at the top of the headband. 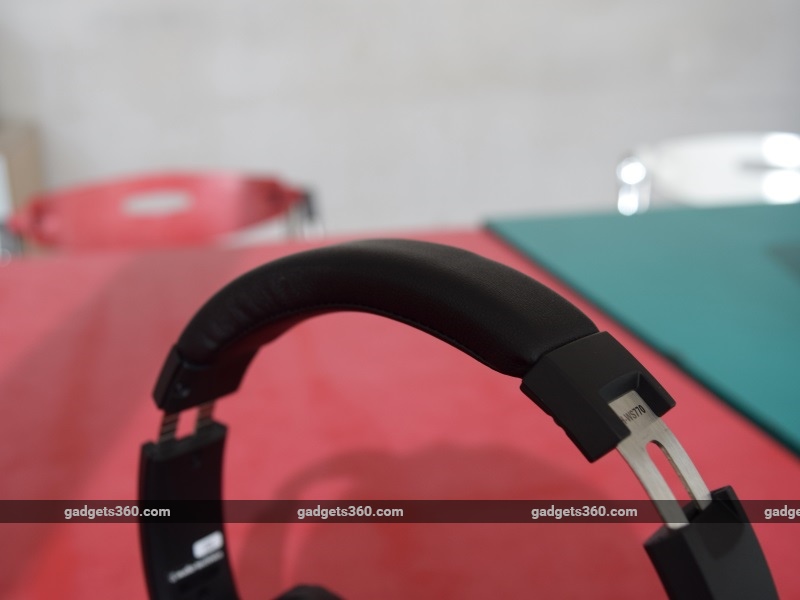 The ATH-WS770iS itself is built of a combination of metal and plastic, with metal in the centre of the ear cups and the skeleton of the headband, and plastic making up the rest. It feels extremely sturdy and solid as a result, although the headset does not fold inwards for storage. The ear cups simply swivel flat, but the lack of any carry case or pouch in the sales package means that this isn't of much help. You'll have to store the headphones bare in your bag, and at least a soft pouch really should have been included.

The design and styling of the headset is absolutely fantastic, thanks to the aforementioned use of metal and plastic. Our review sample was black with red accents around and inside the metal part of the ear cups. The 'gunmetal' option is grey with yellow accents, and both look great. The key aspects of the design are in the sharp, shining edges and concentric circle patterns, which give the headphones an air of industrial sophistication.

It's important to note that since the ATH-WS770iS is a closed-back headset, there are slight openings in the ear cups that expose the driver. Although this adds to the beauty of the design, it also causes some sound to leak out the back, which might be annoying for people sitting around you who will be able to hear what you're listening to. These issues aside, the headphones are extremely comfortable to wear over long periods of time, and rather easy to get used to. 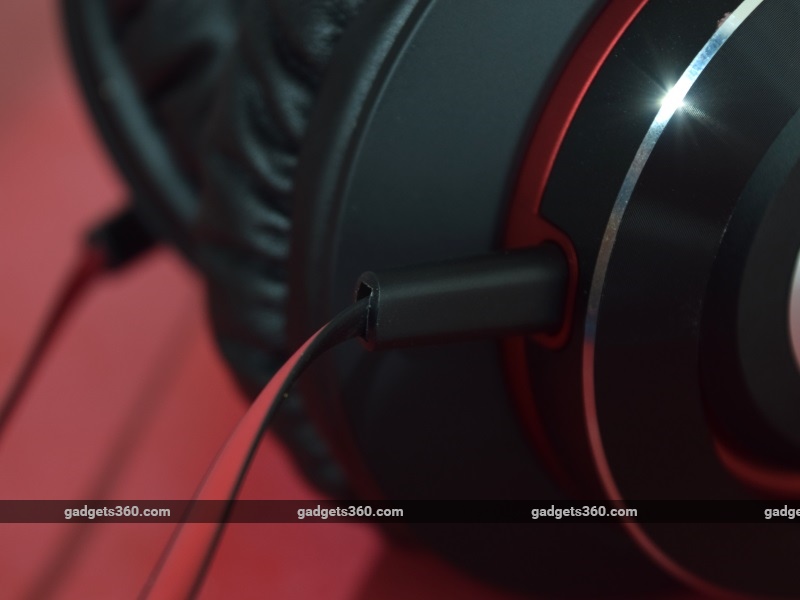 Performance
For the review of the Audio Technica ATH-WS770iS, we used the Fiio X7 high-resolution audio player as our primary source, but also listened to audio from an Android smartphone and Windows laptop, focusing on both high-resolution and compressed audio formats. Focus tracks for the test were Stan Kolev's Sebai Kekade, Bonobo's Ten Tigers, Coldplay's Sky Full Of Stars and Louis Armstrong's What A Wonderful World.

Starting with the extremely bass-heavy progressive trance track Sebai Kekade, we were treated to some of the most impressive bass we've heard on a pair of headphones this inexpensive. The raw attack and drive was nothing short of glorious, and despite the headphones being clearly biased towards a particular sonic direction, we were thoroughly entertained. There's no denying that the mids and highs are weaker than the lows, but the Solid Bass series unabashedly wants it to be that way. The bass is crisp and pronounced, and you can't help but feel it in your veins. 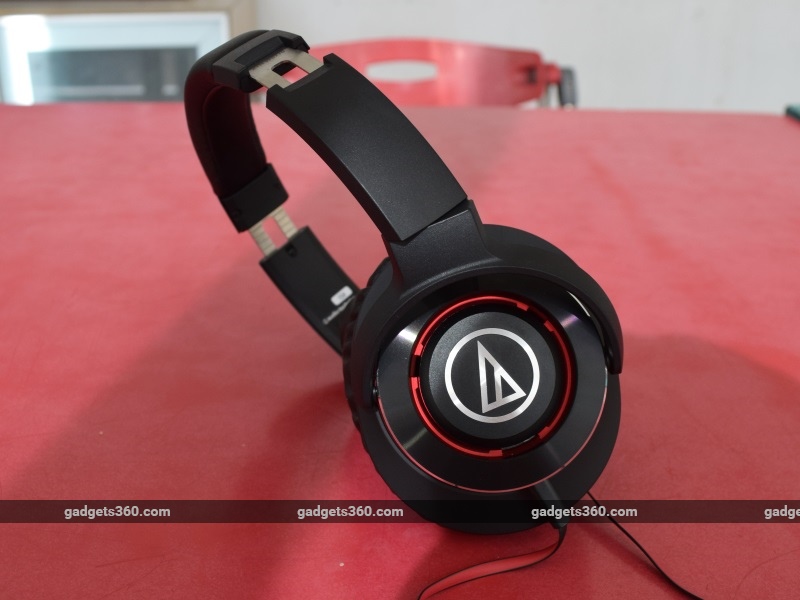 With Ten Tigers, we were able to listen to the quality in the soundstaging and imaging, which was clear and sharp despite the not-so-flat frequency curve. The bass doesn't overpower the mids and highs quite to the extent that there is a loss in sonic detail, and as a result the sound has a sense of direction and separation to it. The previously mentioned bass vents on the casings also help in creating a comfortable sonic signature. Allowing just enough sound to escape out the back ensures that that isn't too much resonance from the bass.

Moving on to Sky Full Of Stars, we turned the volume up to levels that are barely safe. The lows spiked immediately, but the high and mid-range frequencies just barely managed to keep up. Chris Martin's vocals were audible and solid, but there were moments when we felt that the bass would overpower the human elements of the track, especially towards the end.

The far gentler What A Wonderful World (one of our best 24-bit/192kHz tracks) didn't sound quite as nice as we've heard it on some other headphones. The lack of aggressive bass in the track resulted in a somewhat dull, plain sound. Simply put, exciting and bass-heavy tracks will benefit tremendously from being piped through the Audio Technica ATH-WS770iS, but if your music doesn't fall primarily within electronic- and rock-based genres, you're unlikely to enjoy these headphones much. 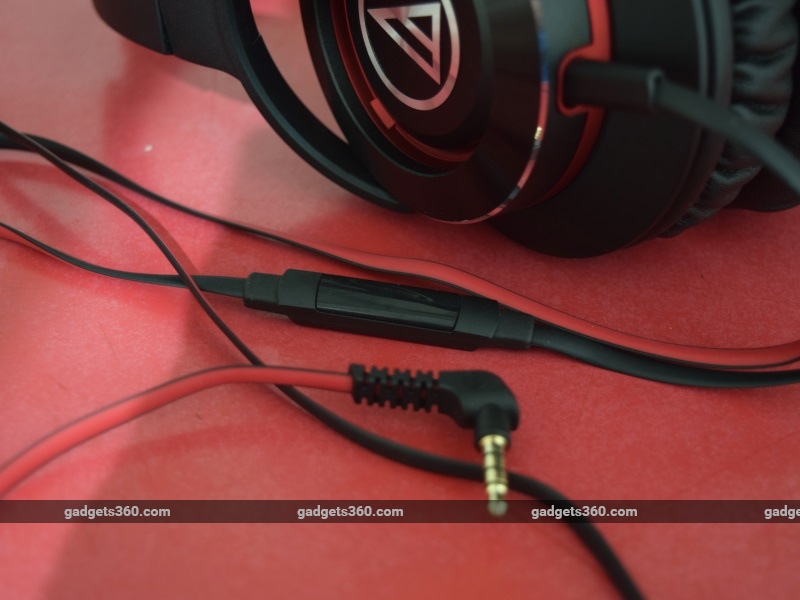 Verdict
The Audio Technica ATH-WS770iS is not audiophile-grade or crowd-pleasing in any way. This is a pair of headphones that shamelessly touts itself as bass-oriented, and does so with a certainty and passion that has to be commended. When it comes to genres that favour bass, the headphones excel in bringing the excitement in, without allowing the rest of the frequencies to suffer. It's a joyful sound that works in every way if you're a bass lover, and keeps things comfortable for you in both the aesthetics and the sonics. Bass-heads finally have an alternative to the M50X, and it is the ATH-WS770iS.

However, if you listen to music that depends more on mids, highs and neutrality, the WS770iS is not for you. The decent imaging and soundstaging help in achieving a satisfactory sound with these elements highlighted as well as they can be, but the result is plain and unexciting. You're better off with a pair of classic Audio Technica ATH-M50X headphones if that's what you want.