Xiaomi Mi Superbass Wireless Headphones to Launch in India on July 15, Mi Water TDS Tester to Be Up for Crowdfunding From July 23 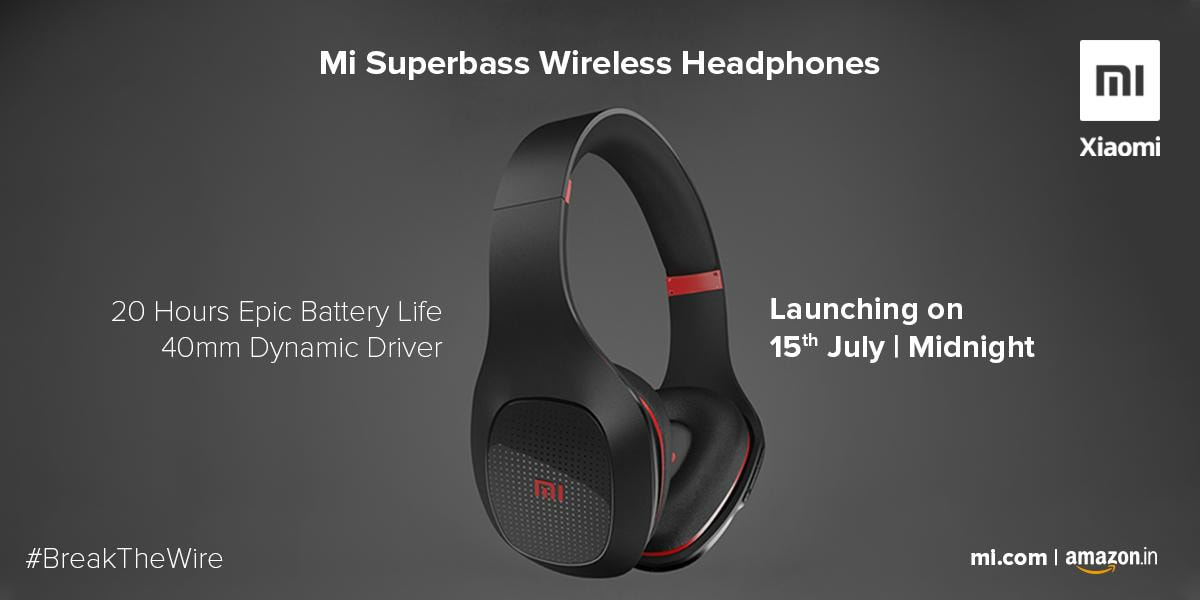 Mi Superbass Wireless Headphones will be launched next week

Xiaomi has announced that its Mi Superbass Wireless Headphones are all set to launch in India on July 15. The headphones will be made available on Amazon India and Mi.com both. The accessory has been listed on Mi.com as part of the company's fifth anniversary festival deals, alongside other product launches. There is also a Mi Water TDS Tester listed, and it will be up for crowdfunding from this month onwards on the company's crowdfunding site. Xiaomi has also listed a Mi Rechargeable LED Lamp as coming soon.

Mi India has taken to Twitter to announce that the Mi Superbass Wireless Headphones will be launched in India on July 15. The accessory will be available on Amazon and Mi.com both from 12am (midnight). The Mi Superbass Wireless Headphones are touted to offer 20 hours of battery life, and integrate 40mm dynamic drivers. Other details, including the price, should be announced on launch day.

The Mi Turns 5 page also reveals that the Mi Water TDS Tester will be up for crowdfunding on July 23. This tester will help in checking the health of your drinking water, and it can detect TDS of up to 9990 in a few seconds. The page states that the crowdfunding will begin on June 23, but it is an error and it should begin on July 23. The Mi Crowdfunding site is currently only taking orders for the Mi Truck Builder Toy. Xiaomi confirmed the error, and will update the page.

The page lists a few other products as coming soon, including the Mi Rechargeable Lamp that offers three colour temperature options, a fast charger, and new neckband earphones as well that should offer a tangle-free experience. The upcoming fast charger could be one of the two fast wall chargers Xiaomi sells in China right now – a 36W Mi USB charger or a 27W Mi USB charger.

As part of its 5th anniversary celebrations, Xiaomi has already launched Mi Beard Trimmer in India, and is available to buy on Amazon.in and Mi.com. As mentioned, the Mi Truck Builder toy for kids is listed on its crowdfunding site with an introductory price set at Rs. 1,199.