Mi FlipBuds Pro With Active Noise Reduction, Stem Design to Be Launched by Xiaomi on May 13

Xiaomi FlipBuds Pro will have a black finish with a black charging case that has a battery indicator on the front. 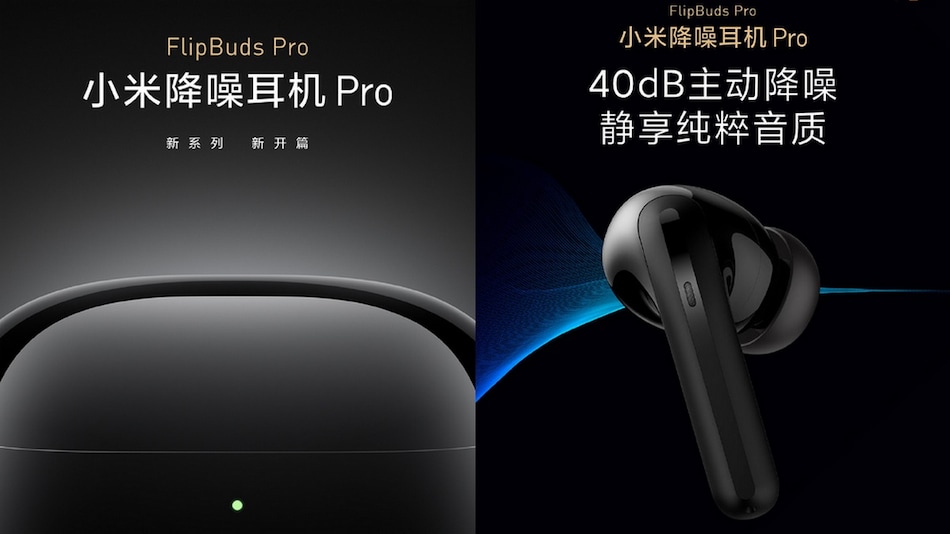 Mi FlipBuds Pro or Xiaomi FlipBuds Pro are the company's upcoming true wireless stereo (TWS) earbuds that have been teased to come with “active noise reduction”. Xiaomi recently shared a poster teasing the new product that also confirmed the release date to be May 13. It later also shared the name of the TWS earbuds. The Mi FlipBuds Pro will have a stem design with in-ear tips that sit securely in your ears. As of now, there is no information about the pricing and availability of the TWS earbuds.

Xiaomi took to Weibo through its Xiaomi Smart Life account to share the name of its new TWS earbuds - to be called FlipBuds Pro - along with an image of its charging case that has an indicator light on it. The TWS earbuds will launch in China on May 13 and, as of now, it is unclear if they will be released in international markets as well. The Mi FlipBuds Pro will have a stem-shaped design and come with active noise reduction of 40dB. The earbuds in the images shared on Weibo have a black finish with a matching charging case. The Xiaomi logo can be seen on the back of the case as well. That's about all the information on the Mi FlipBuds Pro revealed by the teasers.

Xiaomi has multiple TWS earbuds in its portfolio under its Mi and Redmi brands. The most recent additions were the Redmi AirDots 3 TWS earbuds that come with seven hours of battery life and aptX Adaptive support. Given that the Mi-branded TWS earbuds generally seem to get the stem design while the Redmi branded ones are more compact, it is likely that the upcoming TWS earbuds are officially called Mi FlipBuds Pro.