The earphones have 14.2mm drivers 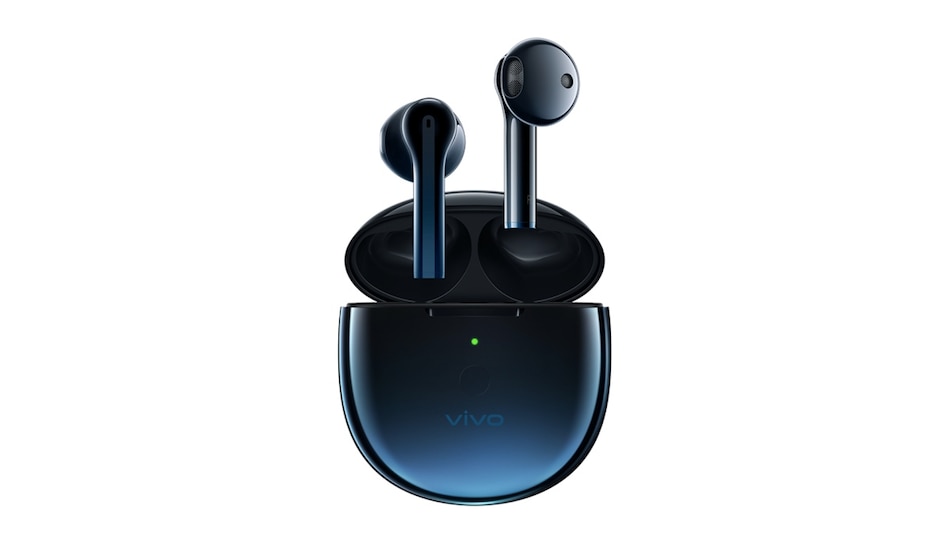 The earphones have an outer-ear fit and design

Vivo has listed its latest pair of true wireless earphones on its official site, which means that the Vivo TWS Neo true wireless earphones could be announced soon. The earphones have been reported on previously, but the new listing includes detailed renders of the earphones, along with some specifications. Although only a placeholder price is listed for now, the earphones are expected to be priced at around CNY 999 (approximately Rs. 10,600), according to various reports and pricing of the previous model which was launched in late 2019.

The listing on Vivo's official e-store in China shows detailed renders of the Vivo TWS Neo true wireless earphones, along with some specifications. The earphones will come with 14.2mm drivers and support for the Qualcomm aptX Bluetooth codec. There are also some equaliser settings detailed, which will likely be controlled through an app for the earphones. The images show an outer-ear design similar to that of the Apple AirPods (2nd Gen) with long stems for the microphones.

The price on the listing is CNY 9999 (approximately Rs. 1,05,700) but this is obviously placeholder text prior to the actual price reveal. It is likely that the Vivo TWS Neo will be priced at closer to CNY 999, which will put it close to the pricing of existing true wireless earphones from the company and competing products such as the recently launched Huawei Freebuds 3. There's no word on when or if the Vivo TWS Neo will be launched in India as of now.

In India, many companies have been launching products in this competitive and popular segment. Apart from the Huawei Freebuds 3, Oppo and Xiaomi also recently launched products in the space. The most recent significant launch in India is the Redmi EarBuds S which is priced at Rs. 1,799, and is possibly the most affordable option available today from a major brand.