Microsoft Surface Earbuds to Launch on May 6: Report

Surface Earbuds are Microsoft’s answer to the AirPods. 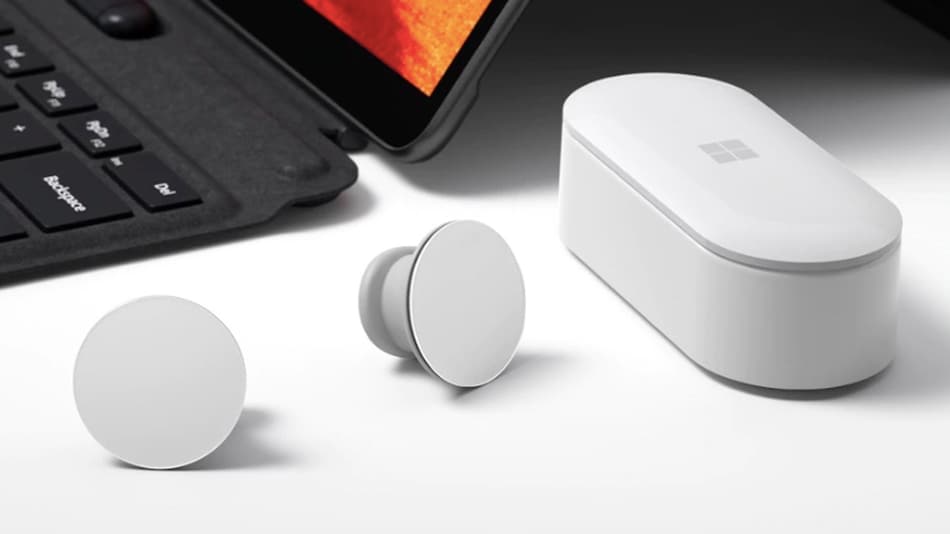 Microsoft has had its competitor to the AirPods range in the works for some time now, with the Surface Earbuds true wireless earphones announced back in 2019 at a price of $249 (approximately Rs. 19,000). Although originally set to go on sale in December, Microsoft soon announced that they weren't confident of the product offering the best possible experience, and the launch was delayed to Spring 2020. The American company looks set to hit that timeline, with the Surface Earbuds set to go on sale on May 6, according to a new report.

According to a report by German publication WinFuture, the Microsoft Surface Earbuds are set to go on sale on May 6. The report cites European retailers as the source, suggesting that Europe will be among the first regions to see the new true wireless earphones go on sale. The report further cites European pricing for the earbuds to be at EUR 199, which puts the price at slightly lower than what the Surface Earbuds are expected to sell at in the US.

Microsoft extended its own launch timeline after the company's Chief Product Officer Panos Panay announced that the product wouldn't be ready in time for the original December launch.

Microsoft Surface Earbuds have a claimed battery life of 8 hours per charge, and a total of 24 hours when including the additional charges from the case. There is also integration for Microsoft apps and software built into the earphones, with Outlook and Word getting specific integrations for productivity features.

There is also Spotify integration with Android smartphones, to quickly and easily start playing music through taps on the earbuds itself, without having to use your smartphone. Pairing and connectivity will also be easier thanks to Swift Pair, according to Microsoft.