Podcast owners will be able to see their rating after receiving more than ten ratings, according to Spotify. 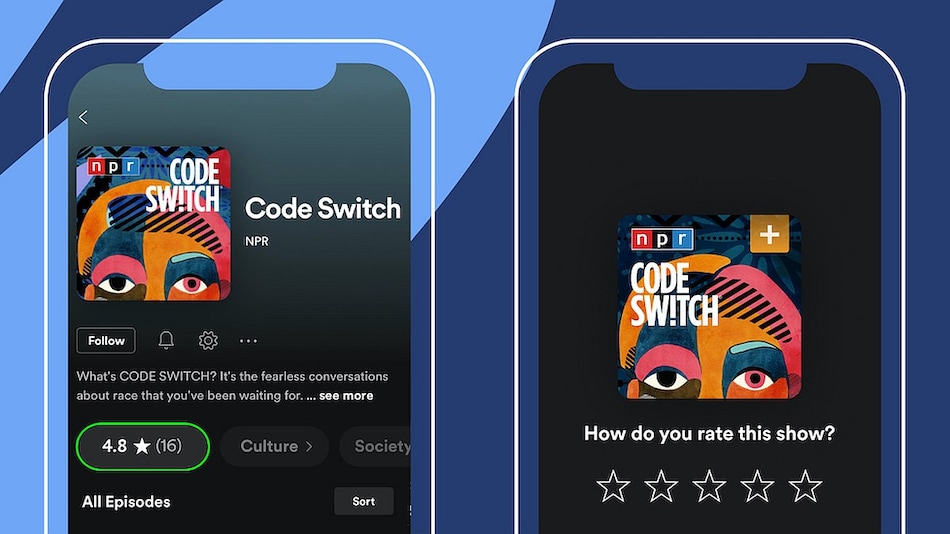 Spotify has announced that it is bringing a rating feature for podcasts, as part of the company's efforts to improve podcast discovery on the platform. Users will be able to assign up to five stars to a podcast after they have listened to it. The new rating feature will join the company's Podcast Charts recommendations feature. Spotify says that a podcast's average rating will be displayed on the show's page on Spotify, along with the total number of ratings received by the show. Apple similarly lets users rate podcasts on the Apple Podcasts platform.

The audio streaming service explained the upcoming feature in a blog post, stating that it will begin rolling out a rating system for podcasts. Spotify says that the new podcast rating feature will help to enable a “two-way feedback loop” between creators and listeners on the platform while allowing users to support their favourite podcasts. Creators will be able to check their ratings once their show has received 10 ratings, according to another post on the Anchor blog.

Spotify says that the rating feature can help podcast creators generate interest, and ratings will help them bring in new listeners. The service also says that podcast owners can also check how their show is performing, and ask users for specific feedback. Users will be able to rate a podcast after they have listened to at least 30 seconds of a podcast, which appears to be a measure to prevent downvote brigading.

The feature will begin rolling out to users over the coming days, according to Spotify, in most markets where Spotify podcasts are available. Users who want to rate a podcast can tap on the rating directly from the show's page, or tap on the three-dot menu under the cover art of the podcast. The service has also recommended that podcast owners start informing their users about the new feature to build up their rating on the app.