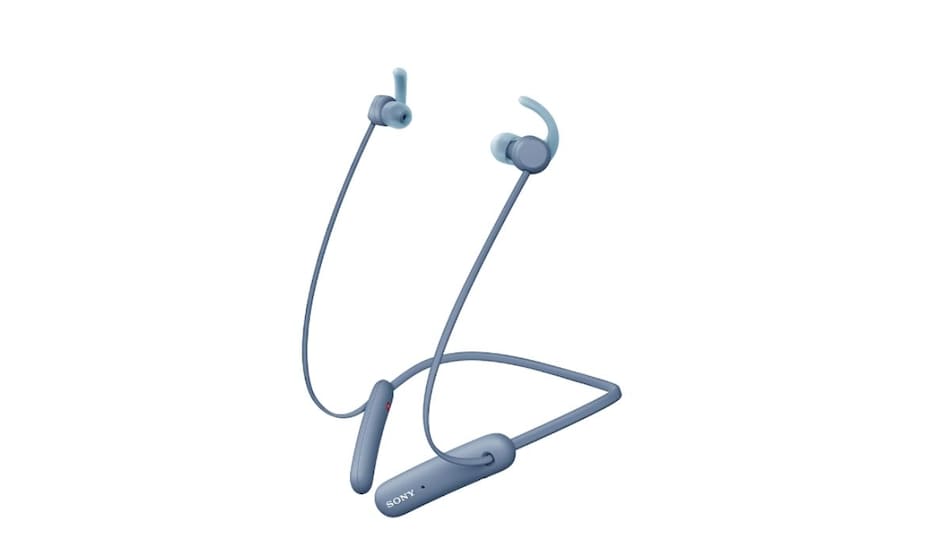 WI-SP510 wireless in-ear headphones by Sony have been launched in India. The headphones are offered in two colour options and they are available to purchase via major electronic stores and e-commerce websites. Sony claims that the neckband-style headphones come with quick charge option and can deliver 15 hours of music playback on a single charge. The Sony WI-SP510 wireless headphones also come with an IPX5 rating for sweat and water resistance. Additionally, the new Sony headphones support Google Assistant for voice access to music, information and more.

The Sony WI-SP510 wireless headphones price in India is set at Rs. 6,990, however the company is offering the device at an introductory price of Rs. 4,990. The new Sony headphones come in Black and Blue colour options and customers can purchase them from Amazon India, Sony Shop Center and official Sony offline channels. The company has also confirmed to Gadgets 360 that the headphones will be available to purchase via other e-retailers soon.

In terms of the features and specifications, the Sony WI-SP510 come with quick charge support that is said to provide 1 hour of music playback with a 10-minute charge. A full charge gives the headphones 15 hours of battery life, Sony claims. The Sony WI-SP510 is also said to be dedicated to sports enthusiasts and the headphones come with an IPX5 rating for sweat and water resistance. The newly launched headphones by Sony feature 12mm drivers.

The headphones further come with a built-in microphone for hands-free calling. They also support Google Assistant to control music or check notifications using voice command. Additionally, the in-line control on the neckband-style headphones includes volume buttons and play/pause button that can perform other functions such as skip tracks. In terms of connectivity, the Sony WI-SP510 include Bluetooth and USB Type-C port.