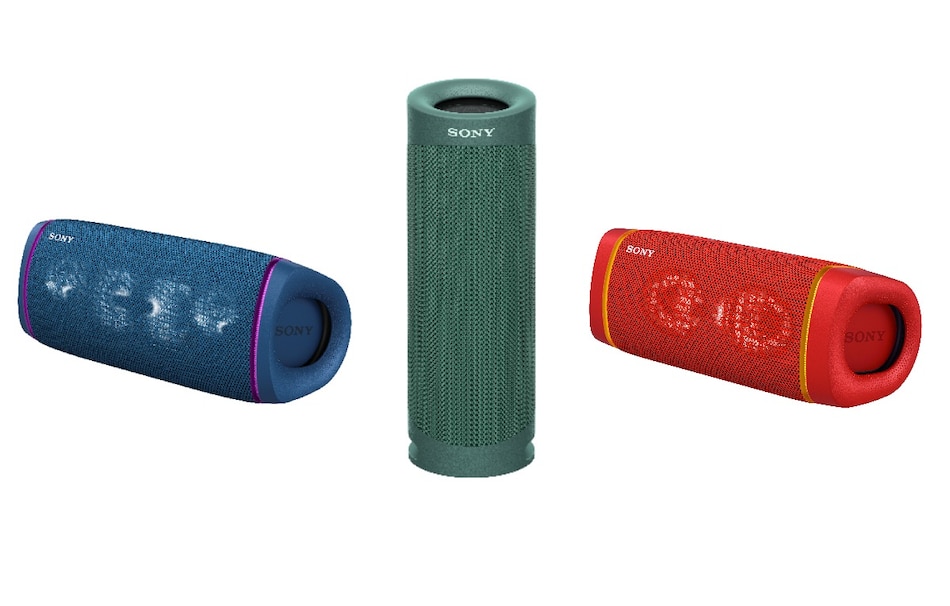 Sony has announced the launch of three new wireless speakers in India, updating its Extra Bass line of devices with SRS-XB43, SRS-XB33 and SRS-XB23. While the SRS-XB43 comes with a unique rectangular diaphragm which ensures deep bass and crystal-clear vocals, two of the models support up to 24 hours of music playback. The new devices also support Google Assistant and Siri to enable hands-free control. Announcing the launch on Tuesday, Sony said that all three models will be available for purchase from tomorrow (July 16).

The SRS-XB43 is priced at Rs. 16,990 and will be made available in two colour variants – black and blue. The SRS-XB33, which will come in black, blue and red, will carry a price tag of Rs. 12,990. Last but not the least, the SRS-XB23 will be priced at Rs. 8,990 and will come in all the aforementioned colours along with an additional green variant. Going on sale in India from tomorrow, all three devices will be available for purchase across all Sony retails stores, its online portal, as well as other e-commerce platforms.

All the three models come with an IP67 rating, which makes them dust and water resistant, while the company also says they are rustproof. With support for Google Assistant and Siri, the speakers can be controlled with simple voice commands. The inbuilt microphone will also allow users to receive hands-free calls from their phones.

Supporting Bluetooth 5.0, the devices come with a Party Connect feature that can connect up to 100 compatible wireless speakers and sync the music and lights to create a club-like atmosphere in your home. Speaking of lights, the SRS-XB43 and SRS-XB33 features multi-colour line light, tweeter light as well as speaker light which would sync to the beats.

While the SRS-XB43 and SRS-XB33 supports music playback of up to 24 hours, the SRS-XB23 comes with a battery backup of 12 hours, including playback support for Extra Bass mode for up to 10 hours.

The X-Balanced speaker unit in SRS-XB33 and SRS-XB23 comes with a non-circular diaphragm and an off-centre design, which creates more sound pressure and maximizes the speaker diaphragm for better sound quality. On the other hand, the STS-XB43 will feature a nearly rectangular diaphragm along with a combined woofer and tweeter system to offer maximum clarity in low, mid or high frequencies.