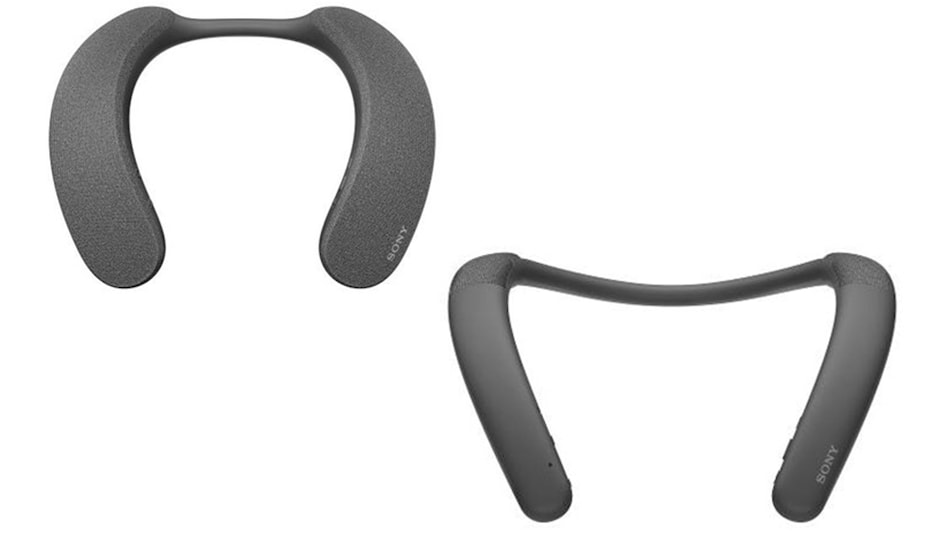 Sony SRS-NB10 speakers are equipped with a full-range speaker unit that features embedded passive radiators to produce boosted bass. As per Sony, the speakers are designed for online conferences when working from home or office. They feature Precise Voice Pickup Technology which is essentially two high-quality directional microphones combined with advanced audio signal processing. The technology facilitates clear calls by minimising echo.

Sony SRS-NB10 neckband speakers come with a microphone mute button, touch-sensitive volume rocker and play/ pause button. Sony claims that the speakers offer up to 20 hours of playtime on a single charge, and they can be charged via a USB Type-C port. The speakers also have quick charging technology, and as per the company, a quick 10-minute charge can give up to an hour of playtime. Sony SRS-NB10 are IPX4 rated for water resistance.

To use the wireless neckband speaker at its full potential, a user can connect the Sony WLA-NS7 wireless transmitter (sold separately) to the TV with an optical cable and USB cable, and then pair the Sony SRS-NS7 neckband speaker with the transmitter via Bluetooth. Apart from Dolby Atmos, the speakers also come with an upward facing X-Balanced Speaker Unit to deliver “ultimate personal cinema experience,” and a passive radiator for clear bass.

Sony SRS-NS7 wireless neckband speakers are claimed to offer up to 12 hours of playtime on a single charge, and up to five hours at maximum volume. They also come with fast charging technology, and Sony says that a quick 10-minute charging via a USB Type-C port can deliver up to an hour of playtime. These speakers also come with IPX4 rating for water resistance.