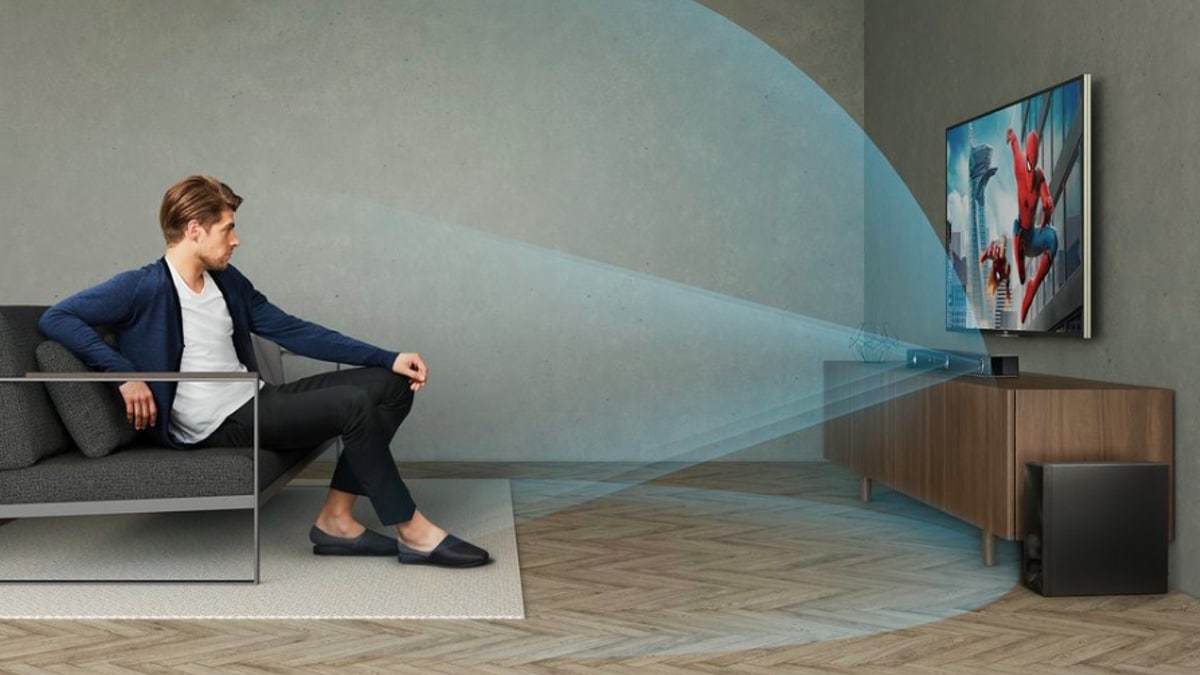 Sony's exit from the smartphone business in India means that it has turned its attention entirely towards its popular TV and home entertainment ranges, including its soundbars. The latest product to be launched by the company is the Sony HT-Z9F premium 3.1-channel soundbar, which has a dedicated subwoofer and optional rear surround speakers to upgrade the setup to a 5.1-channel one. The Sony HT-Z9F is priced at Rs. 59,990 in India, and is now available for pre-order at Sony stores, major multi-brand electronics retailers, and e-commerce portals.

The Sony HT-Z9F soundbar has a three-channel bar speaker, along with a dedicated wireless subwoofer which is included in the package. Apart from this, buyers have the option to add the Rs. 9,990 Sony SA-Z9R wireless rear-channel speakers, which are made for use with the HT-Z9F soundbar. As an introductory offer, buyers who pre-book the Sony HT-Z9F will receive the SA-Z9R speakers at no additional cost.

The Sony HT-Z9F further supports 4K, HDR and Dolby Vision passthrough, with HDMI ARC for connectivity. Additionally, the HT-Z9F features Bluetooth, LAN, USB, and Optical-In connectivity, and can also be used to invoke Google Assistant and Amazon Alexa. Interestingly, the soundbar also features Wi-Fi connectivity and a built-in Chromecast, enabling its use with compatible devices for smart connectivity on any TV.

The Sony HT-Z9F soundbar comes with a remote control for easy control, and goes on sale on July 8. The soundbar is a step-up in capabilities and features from the recently launched Sony HT-X8500 soundbar, which is priced at Rs. 30,990. The HT-X8500 soundbar also features Dolby Atmos, DTS:X, and Vertical Surround Engine compatibility, but does not offer the Chromecast or Dolby Vision support that is seen on the HT-Z9F.