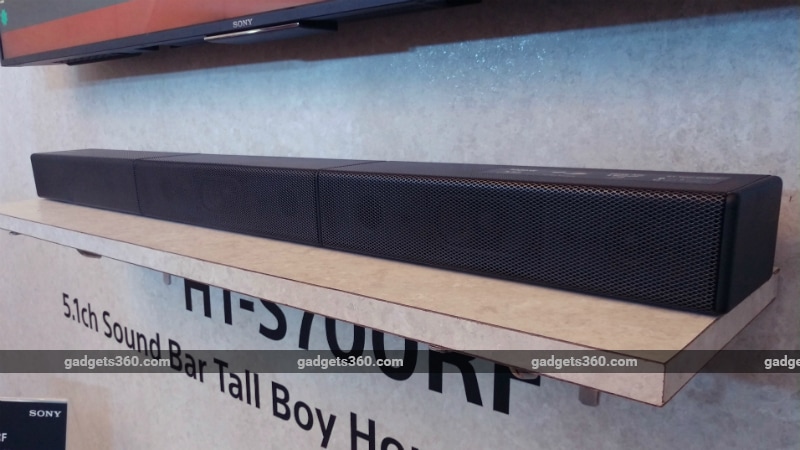 Sony has unveiled two new 5.1 channel soundbars in India, named HT-S700RF and HT-S500RF. The company claims both the models have been designed specifically for the Indian market, with the sound settings tuned for Indian users. Both will be available across Sony Centers and major electronic stores in India from 10th August onward. The HT-S700RF has been priced at Rs. 37,990 and the HT-S500RF retails for Rs. 29,990.

The new Sony HT-S700RF and HT-S500RF soundbars have a new diamond cut 'punching metal' grille at the front with a rhombus pattern. Both deliver 1000 Watts (RMS) of power and support Bluetooth v4.2. Both soundbars do not support the LDAC, aptX or aptX HD high-quality wireless audio streaming codecs. They do support AAC, which is a small consolation.

The soundbars have both analogue and digital inputs in the form of an auxiliary jack, an optical input, a USB port, and an HMDI port that supports ARC (Audio Return Channel), which sends television audio back to the soundbar through the same HDMI cable.

The subwoofer and rear speakers are sadly not wireless and are connected to the front bar via wires. Both soundbars also lack NFC support. At the launch event in New Delhi, the company also showcased the HT-RT3 and HT-RT40 soundbars, which have already been launched in India. The HT-RT3 is available for Rs. 17,490 and the HT-RT40 retails for Rs. 21,190.