The discounts on various Sony audio products are live on ShopatSC.com and will also be available at major e-retailers and offline stores. 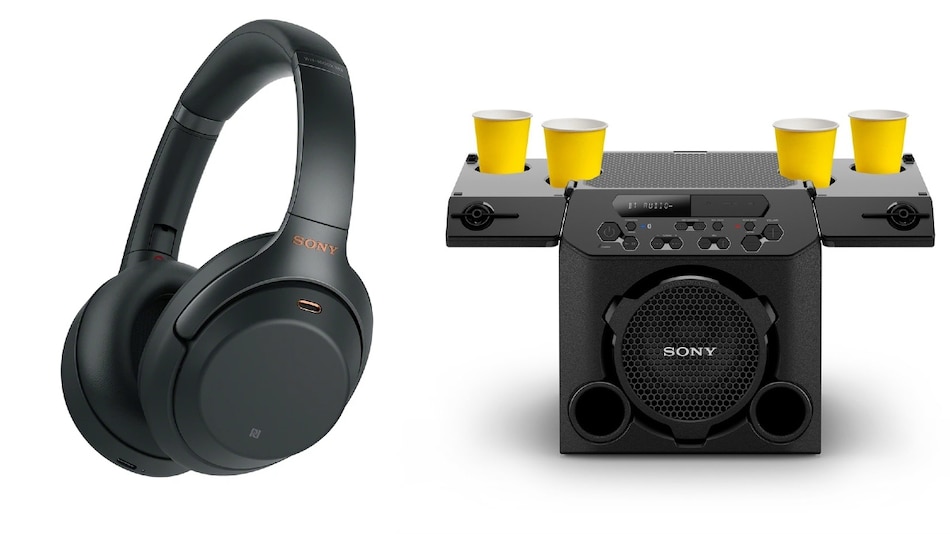 Sony has announced temporary price cuts for a range of audio products in India. This includes a Rs. 5,000 price reduction on the Sony WH-1000XM3 on-ear headphones. There's up to 40 percent discount on the budget wireless headphones range as well as up to Rs. 8,000 off on extra bass speakers. Sony is also offering savings of up to Rs. 6,000 on purchase of the HT-X8500 soundbar and Rs. 5,000 savings on purchase of the HT-S20R soundbar. Price cuts have also been introduced on subwoofers and outdoor party speakers. These discounts are listed on ShopatSC.com and have been introduced to commemorate World Music Day coming on June 21. The new prices will be available June 19 to June 28 at Sony stores, major e-retailers, and other sales channels.

Starting with the Sony WH-1000XM3 noise cancelling headphones, Sony has announced a promotional price cut of Rs. 5,000, and the headphones are now priced at Rs. 24,990 on ShopatSC.com. These headphones offer up to 30 hours of battery life, and come equipped with Adaptive Sound Control and touch control features.

The Sony WH-H910N headphones, on the other hand, see a price cut of Rs. 4,000 and are currently listed on the site at Rs. 18,891. These headphones offer battery life of up to 35 hours and a Quick Charge function gives you 2.5 hours of entertainment with a speedy 10-minutes charge.

The tech giant's soundbar lineup is getting a price discount of up to Rs. 6,000. The Sony HT-X8500 single soundbar with Dolby Atmos and built-in subwoofers is listed at a discounted rate of Rs. 29,990, whereas the Sony HT-S20R 5.1 channel Dolby Digital soundbar home theatre system with Bluetooth connectivity is now available at just Rs. 14,990.

Outdoor party speakers Sony MHC-V02 and Sony GTK-PG10 are also getting price cuts of up to Rs. 7,000.

As mentioned, the promotional prices will be available June 19 to June 28 at Sony stores, major e-retailers, and other sales channels.

Editor's Note: Updated to reflect that these are temporary prices after Sony issued a clarification.