Sony is speculated to launch new TVs, speakers, or headphones. 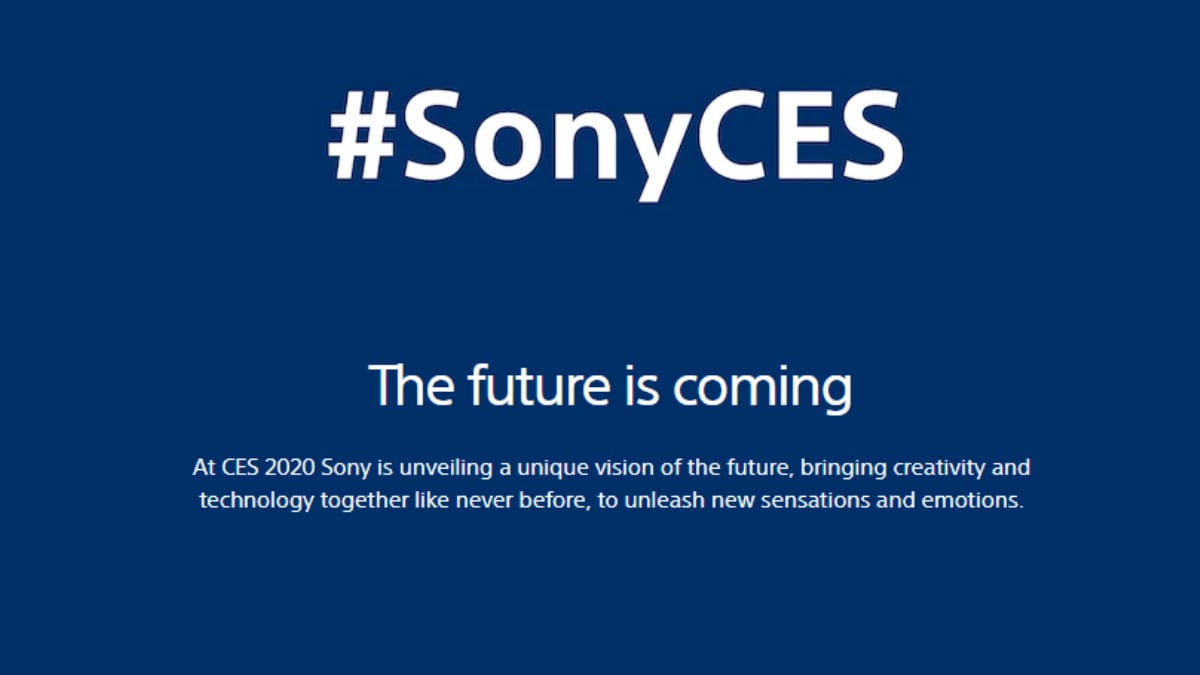 Sony has revealed that it will be at CES 2020 this year, and will host an event on January 6 in Las Vegas. The event will begin at 5pm PST (6.30am IST, January 7), and will be live streamed for the world to see. Teasing at what to expect from the event, the company says that it will be ‘unveiling a unique vision of the future, bringing creativity and technology together like never before.' The company is largely reported to be working on an Xperia 3 flagship; however the company usually launches its phones at MWC, and not at CES.

The tech giant's CES 2020 event will be live streamed on the company website, starting 6.30am IST on January 6 i.e. Tuesday. The dedicated page for CES teases that the ‘future is coming'. The page notes, “At CES 2020 Sony is unveiling a unique vision of the future, bringing creativity and technology together like never before, to unleash new sensations and emotions.” Sony could be teasing the arrival of new TVs, speakers, or headphones. The company could launch the successor to its popular WH-1000XM3 headphones, and a recent FCC filing says that they are likely to be called Sony WH-1000XM4.

At CES last year, Sony unveiled speakers and TVs, and the Xperia 1 flagship was launched at MWC later. The 2019 tech fair in Las Vegas saw the launch of SRS-XB12, SRS-XB22, and SRS-XB32 portable wireless speakers. The company also launched the rather unique Sony GTK-PG10 outdoor party speaker that comes with cup holders on a top panel that doubles up as a table as well. Sony also announced a bunch of new 8K and 4K televisions at CES 2019 tech fair - 8K Z9G, 4K A9G, 4K A8G, and 4K X950G. All the new televisions are based on Google's Android TV platform and are compatible with Apple's AirPlay 2 and HomeKit, except the A8G, which doesn't support AirPlay 2 or HomeKit.

It is more likely that Sony will launch speakers, headphones, and TVs at the 2020 event as well. The alleged Xperia 3 flagship could be unveiled later at MWC. Of course, all of this is pure speculation, and Sony should put all doubts to rest on January 6.