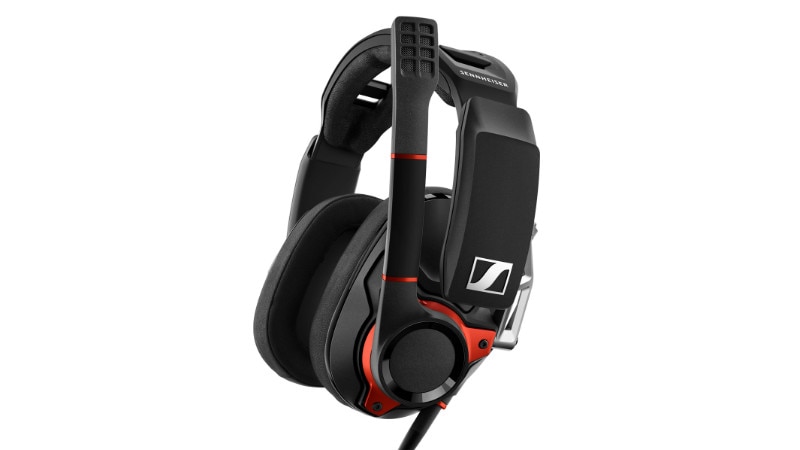 Alongside the ultra-premium headphones that went official at CES 2018, Sennheiser has now unveiled the GSP 600 as its new gaming headphones with an enhanced ergonomic design to match the requirements of hardcore gamers. The company also brought a prototype soundbar to the ongoing CES that has gained eyeballs due to the presence of not just one or two but 13 speakers.

The Sennheiser GSP 600 will go on sale by the end of this month with a price tag of $249.95 (approximately Rs. 15,900). However, there is no information about the launch of the new soundbar. The company is planning to bring it to the market sometime by the end of this year, though.

Between the two developments, the Sennheiser GSP 600 are specifically designed for long gaming sessions. The headphones, which are acclaimed to be built on the success of the company's Game Zero headset, sport an all-new ear pad design that is made of ultra-deep memory foam and mirrors the contours of a human ear. This new design is touted to shield the user more effectively from external noise and prevents the instances of any sound leakage that is quite often with headphones with large-size earpads. Particularly, the edges of the earpads of the new Sennheiser headphones are made of leatherette, while a suede-like material is used around the ear that is claimed to resist sweat and provides a cooler feeling.

In addition to the all new ear pads, the GSP 600 have an upgraded, adjustable headband that customises contact pressure. The headphones also come with an advanced, solid metal hinge system that improves the fit and smoothly pivot to sit on a narrow or broad jawline.

Under the hood, the Sennheiser GSP 600 have a new speaker system that includes aluminium voice coil speakers. The company states that the new system increases sub-bass range that ultimately adds impact to game and movie experiences. Further, the headphones have highly controlled mid-range and precisely detailed high frequencies. The headphones come with a microphone that automatically gets muted by lifting the boom arm. Besides, there is a control wheel, integrated into the ear cup, to let you easily adjust the volume levels while continue to stick your favourite game.

The 13-speaker AMBEO 3D Soundbar prototype was shown off at CES, as described by The Verge's Jacob Kastrenakes. Nevertheless, the built-in speakers are capable to adjust audio between natural sounds, musical performances, and movie action sequences. The soundbar distinctly includes six four-in woofers, five tweeters, and two top-firing speakers. This whole system is touted to produce virtual 5.1.4 sound, which is an upgrade of the traditional 5.1 channel sound production and includes the four speakers that are virtually mounted in each corner of a room environment.

Alongside the high-end hardware, Sennheiser has designed the AMBEO 3D Soundbar to detect walls and ceiling by bouncing back the sound to tweak playback on an environmental basis. This is something that you won't get from the embedded speaker system on your TV set or the one with your home theatre. Moreover, the company is set to launch the new soundbar under its AMBEO brand that is already popular for offering 360-degree audio.